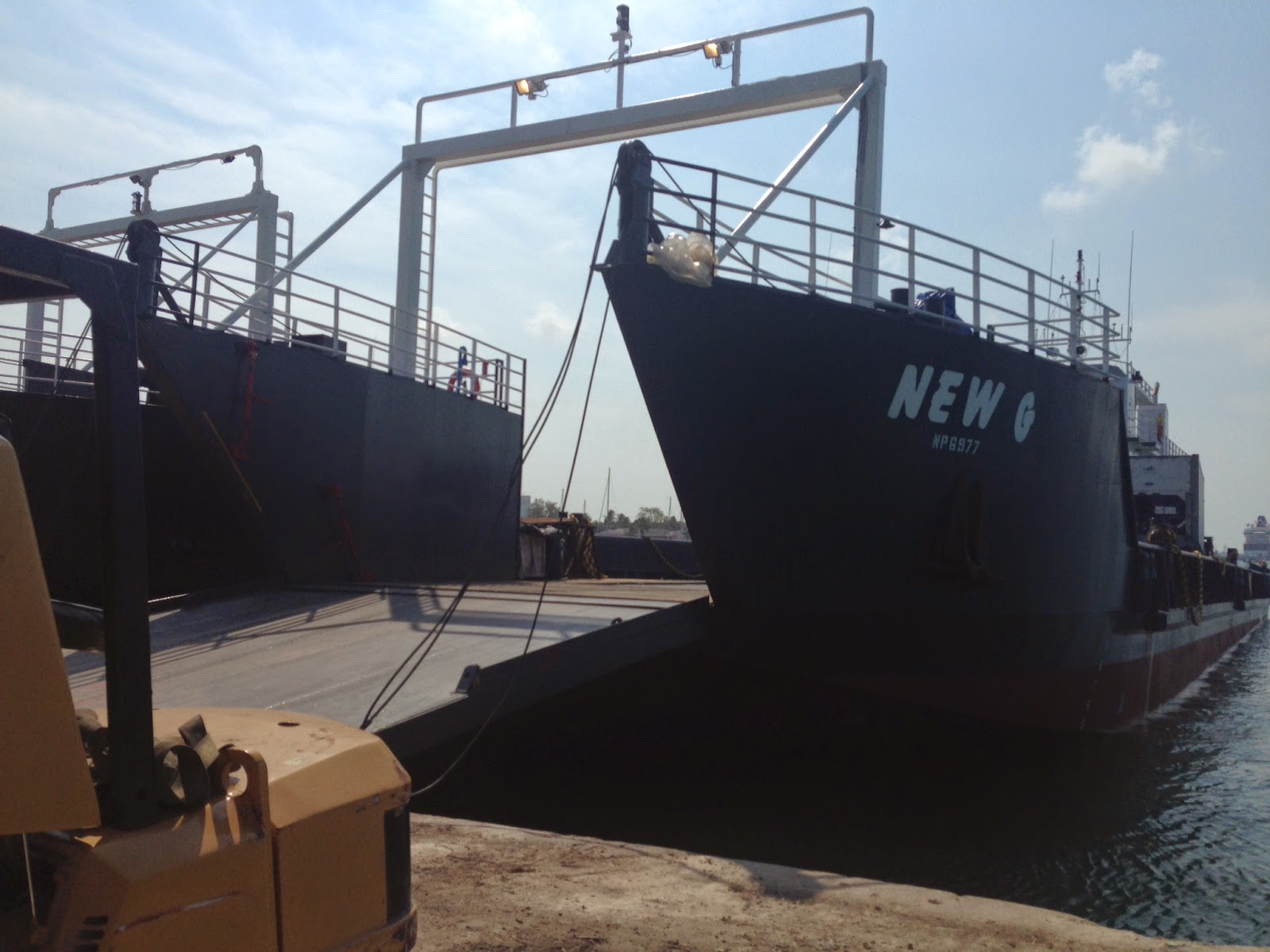 M/V New G. working cargo at the west end of Potter’s Cay Dock, Nassau on Fri. 27 March, 2015. Given that she only went into service on 25 February 2015 and was completed this year, this is the first time in three years of this blog that we can welcome a truly new member to the Bahamas mail and freight service!

MAILBOAT NAME: M/V New G.
PAST NAMES: none
DIMENSIONS: 178′ long X 40′ wide, draft 10′ to 6.6′ forward, speed 10.5 knots, 7 crew including officers, 486 gross tons, 587 DWT or cargo carrying capacity tons, landing craft type roll on / roll off (Ro/Ro) vessel, flagged to Panama since 1 February 2015, IMO # 9755103,
CONSTRUCTION: steel
YEAR BUILT: 2015 delivered in February this year
BUILDER: “designed and engineered by Tom Hanna at a private shipyard” per comment below
EARLY CAREER: believed to be trading in Bahamas since it was launched, though verifying
BAHAMAS CAREER: not sure what her assigned cargo route will be – traditionally Ro/Ros are very useful in the southern islands like Acklins and Crooked, and places where infrastructure may be less than it is in other ports.
CAPTAIN: not known
FATE: in operation
OWNERS: Consolidated Marine Group, Room 389, United Building, Soldier Road, Nassau
NOTES: It is truly a thrill to welcome a new freighter to the scene, even if it is not a pure mailboat (not known whether it will carry the mails or what its assigned route is – yet). More to follow. We hope this vessel has an illustrious and successful career in the Bahamas.

According to a US Customs Document (citation below) her net tonnage is 145 tons and her agents are Harvey Jones Vessel Agents Inc. I’ve still been unable to determine where she was built… 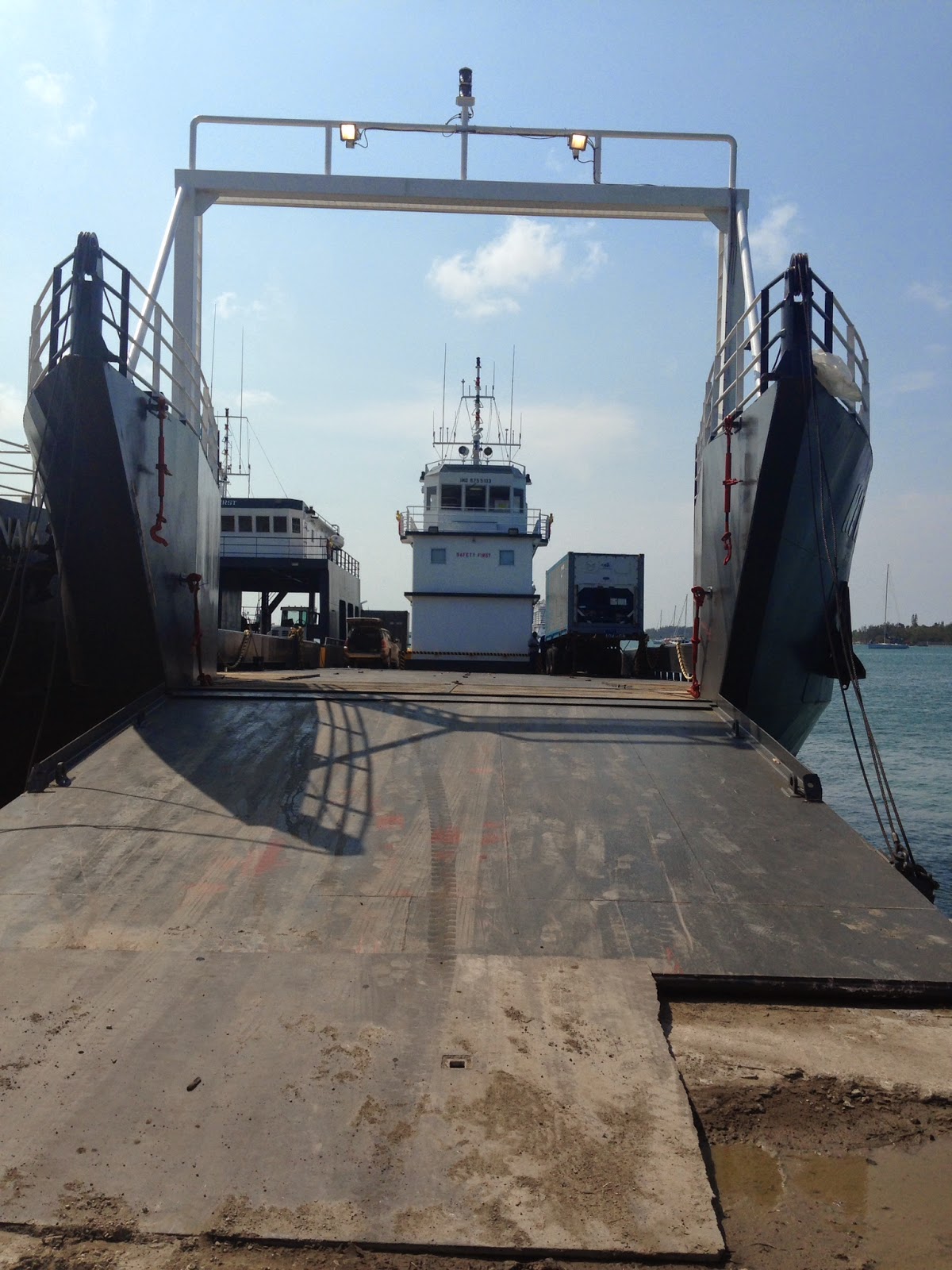 M/V New G. as seen from the working end, ready to receive cargo.