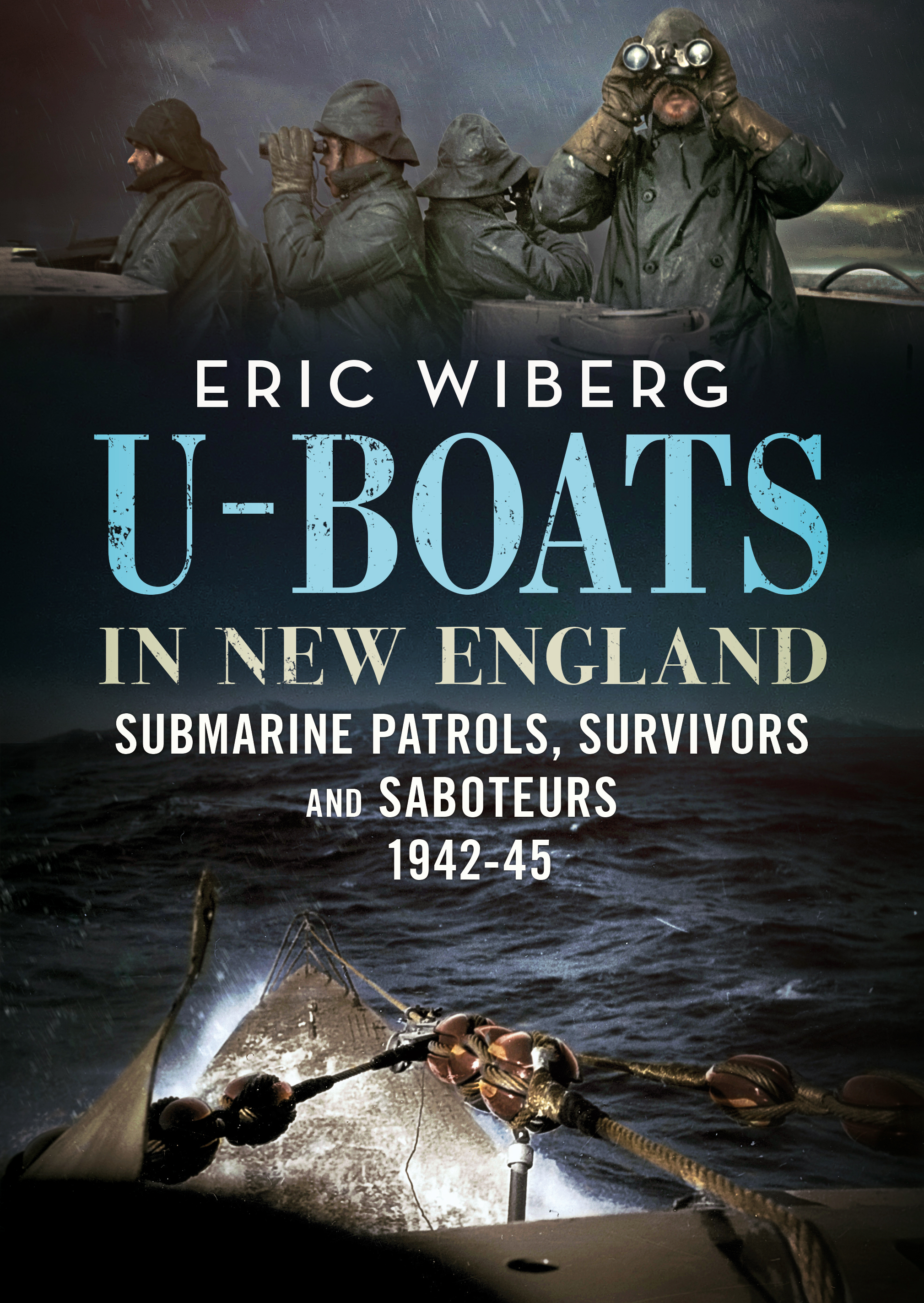 Starting weeks after Hitler declared war on the United States in mid-December 1941 and lasting until the war with Germany was all but over, 73 German U-Boats sustainably attacked New England waters, from Montauk New York to the tip of Nova Scotia at Cape Sable. Fifteen percent of these boats were sunk by Allied counter-attacks, five surrendered in the region, and three were sunk off New England—Block Island, Massachusetts Bay, and off Nantucket.

These have proven appealing to divers, with a result that at least three German naval officers or ratings are buried in New England, one having killed himself in the Boston jail cell. There were 34 Allied merchant or naval ships sunk by these subs, one of them, the ‘Eagle’, was not admitted to have been sunk by the Germans until decades later. Over 1,100 men were thrown in the water and 545 of them made it ashore in New England ports; 428 were killed. Importantly, saboteurs were landed three places: Long Island, Frenchman’s Bay Maine and New Brunswick Canada, and Boston was mined. Very little was known about this.