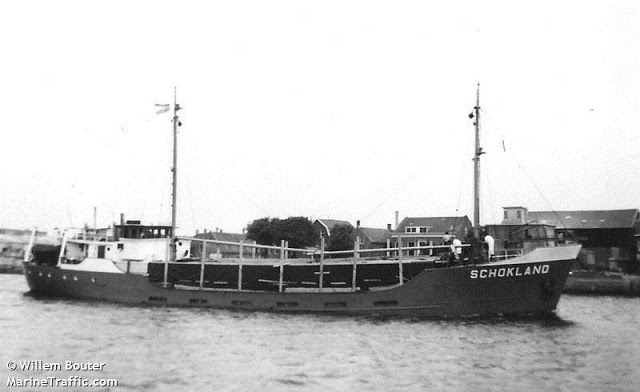 M/V Lisa J. II as the M/V Schokland, presumably in Netherlands in the 1950s.