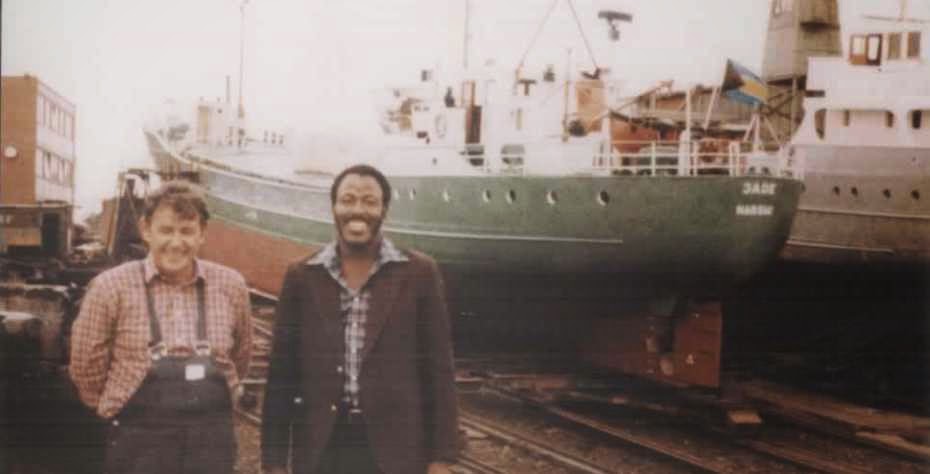 Capt. Eddins Taylor (right) and the German owner/skipper of M/V Jade in Hamburg, Germany 1981 at the purchase of the ship and re-flagging to Bahamas.

FATE: first sold to Haiti by the Taylors, then sold to Bolivia and still trading some 55 years after its launch
NOTES:


M/V Michelda, which used to be the Bahamas mailboats M/V Marcella I, M/V Marcella III, and Miss Eva I. Shown in c.2010 in Bolivia.