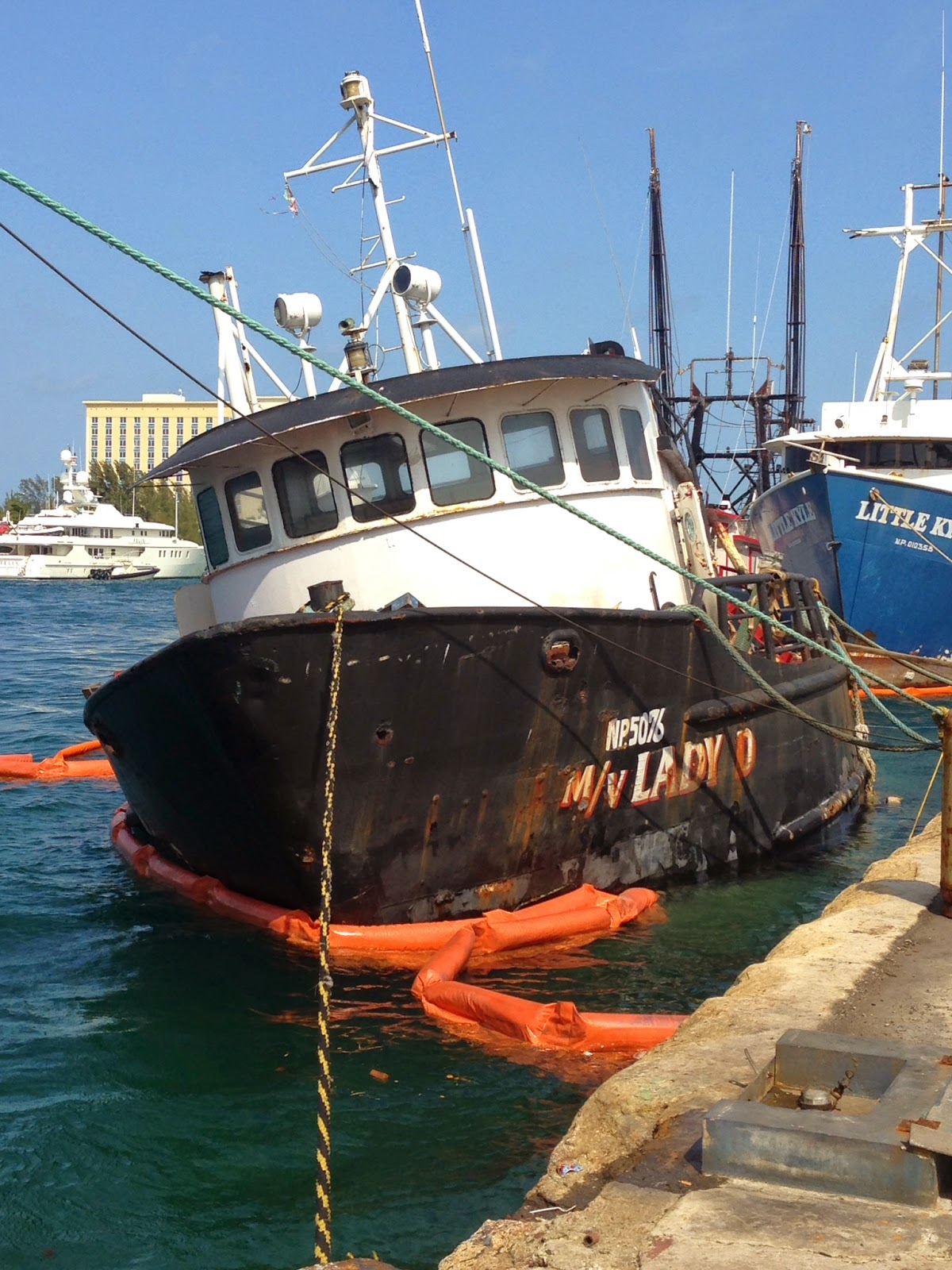 See my other post, entitled M/V Lady D serving Central Andros, western Bahamas on April 14, 2014. Ironically, on May 7, 2014  Mark Stratton, writting for CNN published an article entitled “Bahamas by Mail Boat – Can this unique Tradition Survive?” It can be found at http://www.cnn.com/2014/05/07/travel/bahamas-mail-boats/. Unfortunately for the Lady D., the boat has not fared well since. It sank partially at its berth on Potter’s Cay. Though salvable, it has not been raised since. When I stopped by in March 2015, 9 months later, the scuttlebutt I heard was that there have been “difficulties” with the salvage. Apparently so, since the vessel still sits there, taking up valuable commercial frontage.

There is a video of ZNS news footage of the sinking, featuring crewman Spellman Munroe, published July 28, 2014, at: https://www.youtube.com/watch?v=oId_sptxPb0 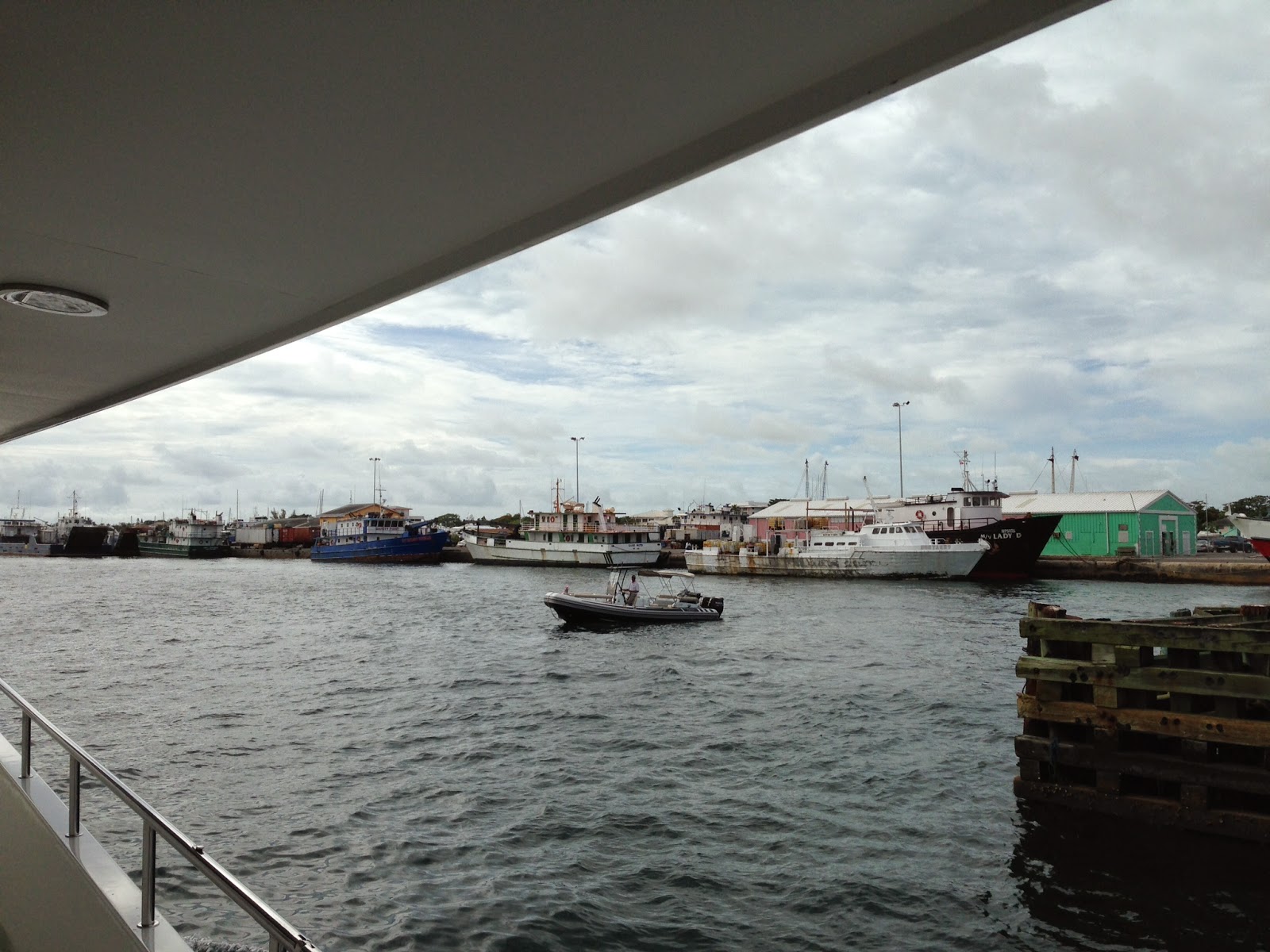 Lady D. in Nassau (black hull facing to the right) in July, 2014, just days before she was lost. 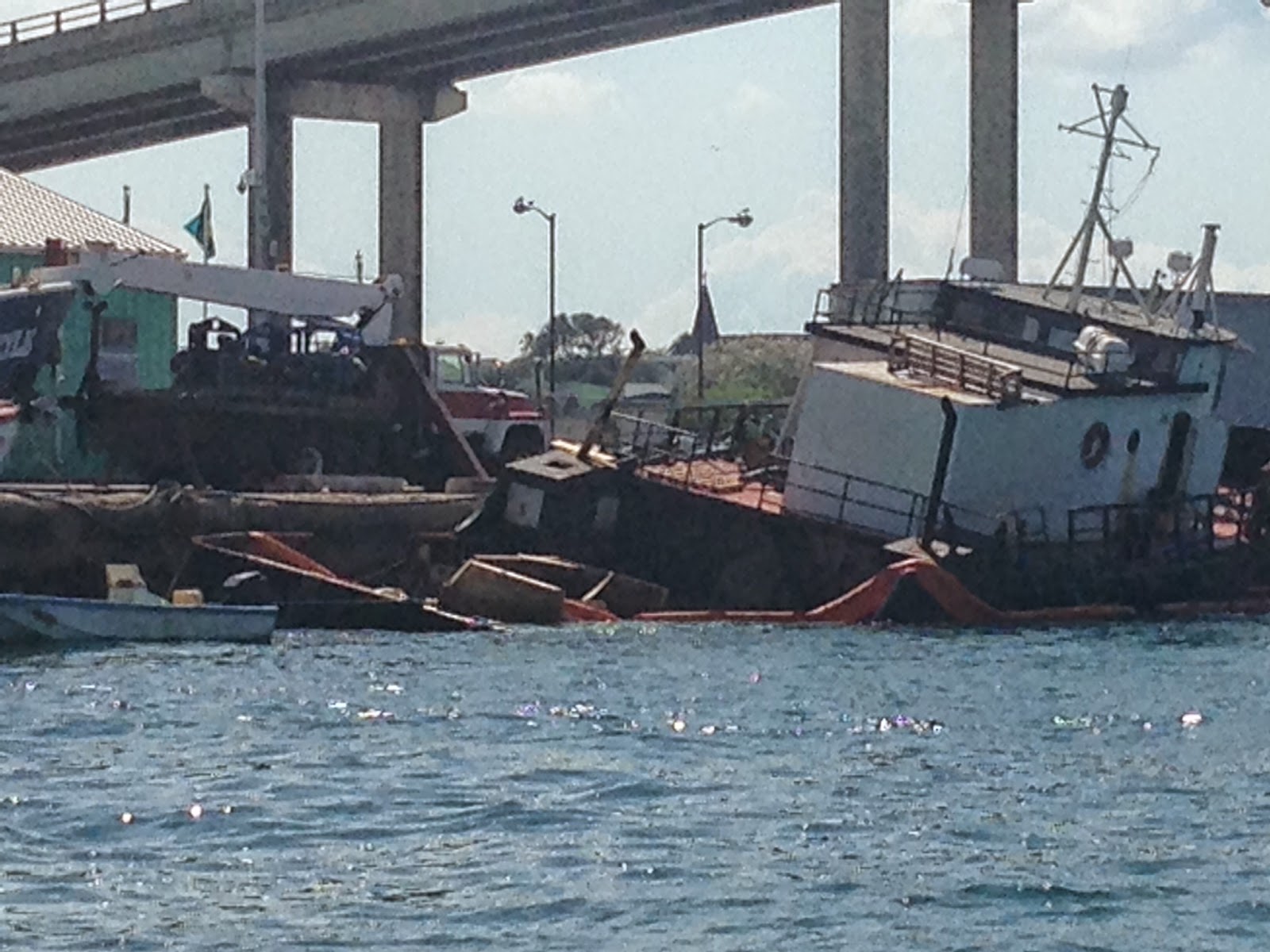 A stern view from sea of the Lady D. resting, apparently, on the bottom. 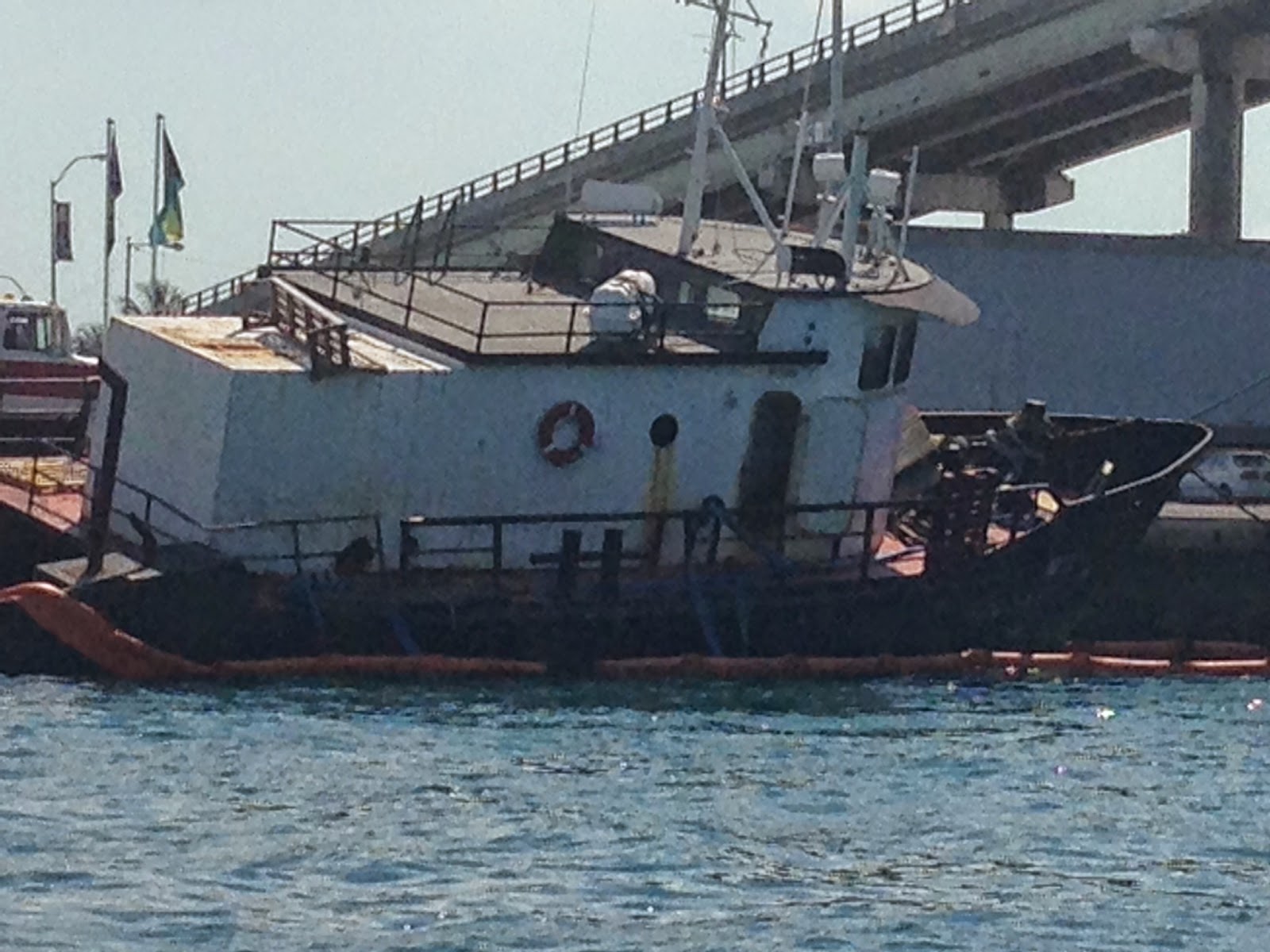 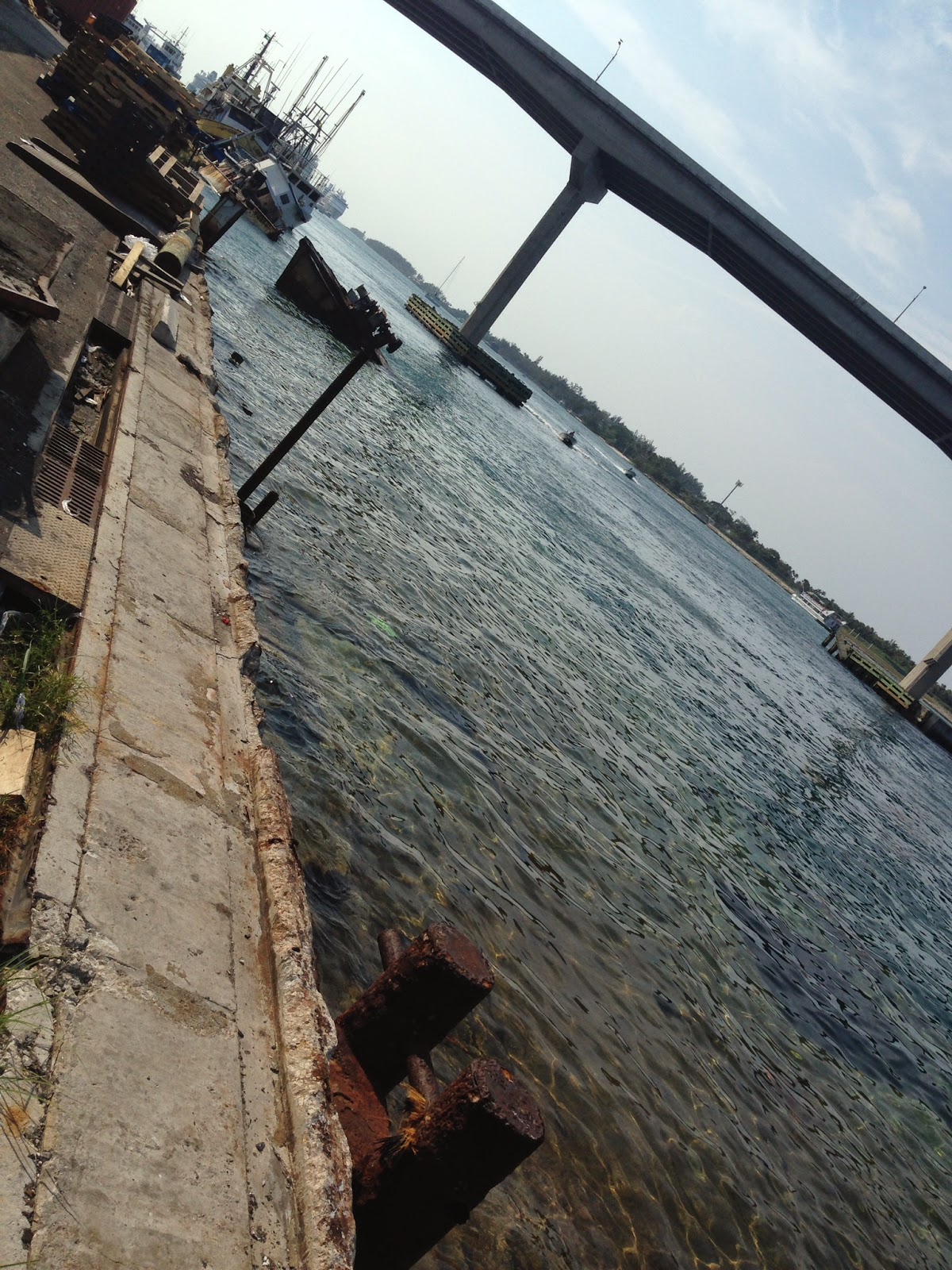 Wreckage of a large abandoned barge and other vessels still clutter valuable working waterfront to the West of the Lady D., between the Paradise Island bridges. This author hopes fervently that some of the $3.1MM earmarked for improving Potter’s Cay in March 2015 can be utilized for wreck removal. The metal can even be sold for scrap, pushed into containers and shipped to the Far East where there are willing buyers, or barged to scrap dealers as nearby as Florida.

The forlorn wreck of the Lady Tasha, a vessel about which I’m unable to learn anything. What is she doing cluttering the waterfront, depriving mailboats of valuable working space, forcing them to tie up 2 or 3 deep? Who left her there, when and how? It’s clear she was never a mailboat…… but is now hampering mailboat skippers and their cargo interests and passengers from earning their livelihoods.