M/V Alhucemas, aka M/V Bahama Mama, from the site www.ferryexpress.com.

Here is some basic information about the parent company and the service they offer, taken from their website, http://www.ferryexpress.com/wps/portal/corporativo/web?WCM_GLOBAL_CONTEXT=/corporativo/en/SeccionesBimini/Empresa/Presentacion

Bahamas Express is a company dedicated to maritime transport, that offers ferry service between Port Everglades (Florida) and Bahamas (Grand Bahama island). It is owned by the Spanish group Baleària.

Baleària Group is a leading Spanish shipping company that specializes in passenger and rolling cargo transport among the Balearic Islands and also as one of the largest operators in the Strait of Gibraltar. The company also provides services in the Caribbean.
Baleària operates routes between mainland Spain (the ports of Barcelona, Valencia and Denia) and the Balearic Islands in addition to being the only company that connects these islands together. On the other hand, it works the Algeciras-Tangier and Algeciras-Ceuta lines in the Strait (the main connecting point between Europe and Africa).
The company’s commitment to internationalization, which began at the end of 2011, has taken it to operating services between the United States and the Bahamas under the Bahamas Express brand.
Founded in 1998 in Denia (Alicante), the company is now a reference as concerns service, innovation and social responsibility in the maritime transport sector. With a fleet of 19 ships and more than 1,000 employees, the shipping company is held by Adolfo Utor (57.5%), the Chairman of the company, and the Matutes Group (42.5%).
Some of the company’s most important figures include the fact that the Baleària Group carried more than 3.2 million passengers, 4.1 million linear meters of rolling cargo and 660,000 vehicles in 2014. 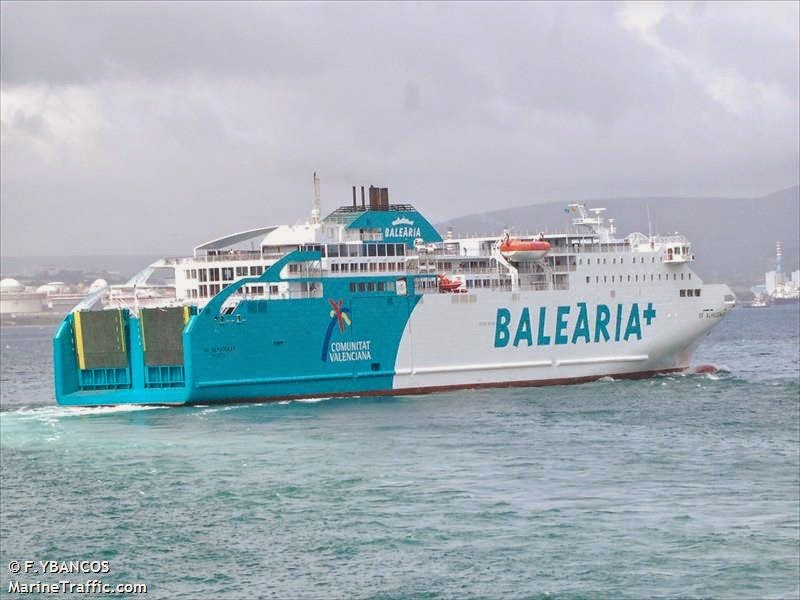