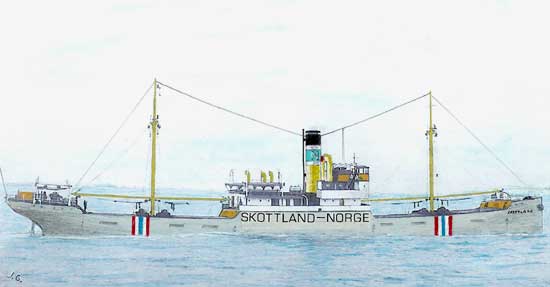 A painting of the SS Skottland made by Jan Goedhart of the Netherlands and shared with Dame Siri Lawson, web mistress of http://warsailors.com/singleships/skottland.html.