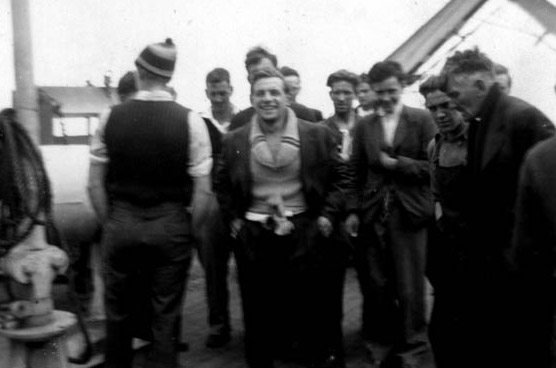 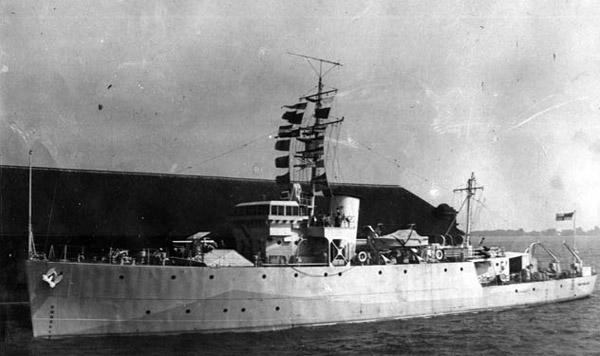 HMCS Melville alongside its berth in Canada. Source: uboat.net/allies/warships/ship/2684.html
By 9 pm that day the Melville, guided to the survivors as a mother hen to her chicks, had picked up the 34 survivors, who had managed to sail roughly 100 miles closer to shore in roughly two days, averaging about two knots. The wind has been steady to the westward and they had sailed close-hauled all 48 hours. The Melville’s Lt. Cdr. Ingram and his officers and crew delivered the survivors of the Fort Qu’Appelle to Shelbourne, Nova Scotia the following day, Tuesday the 19th of May 1942 at roughly noon.
Chief Officer Gair specifically commended his Second Mate Mitchell for being particularly helpful in the management of the sailing lifeboat, modestly stating that he (Gair) “had little experience in this direction,” and that Mitchell “is a very good sailor, and did most of the sailing.” He commended the “Roman candle” type rockets to be carried in lifeboats going forward.