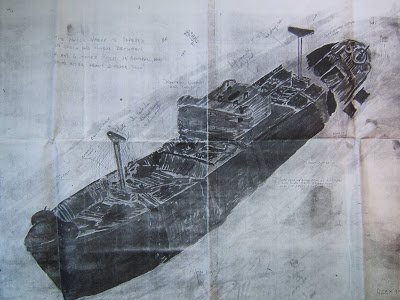 A drawing of the wreck of
the Alexander Macomb on the seabed by salvor Roy V. Martin, from http://www.wrecksite.eu/wreck.aspx?18562.