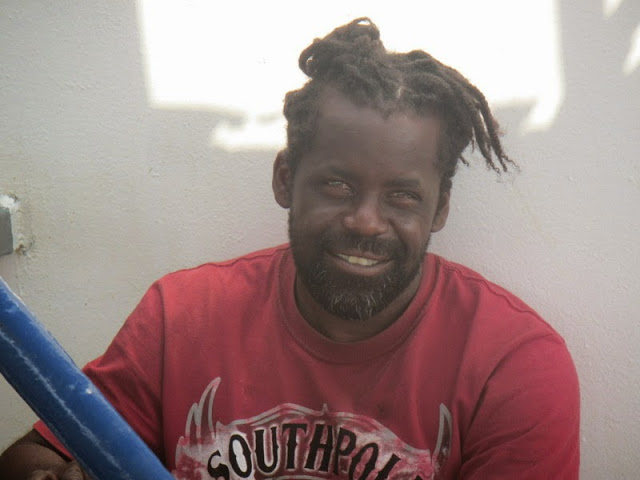 A crewman aboard the Bahamas Daybreak – the hard working cadre who make the whole mailboat experience possible for business people, shippers, travelers and day trippers alike. 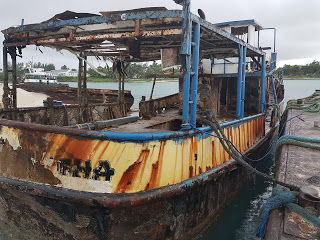 LADY TASHA aka ABASTASHA which used to serve Andros in the 1970s, above as a derelict abandoned wreck mostly submerged and blocking traffic in northern sector of Potter’s Cay in Spring 2015. Then, to the left Voila! the boat has been raised, pumped out and towed by Bahamas Ferries to a barge dock alongside the Southwest tip of Arawak Cay pending final scrapping or disposal. Success! They cleared a key infrastructural barrier to smooth flowing mailboat traffic at Potter’s Cay, the nation’s main mailboat artery, where such blockages cause the most harm but are being cleared away as I write.. 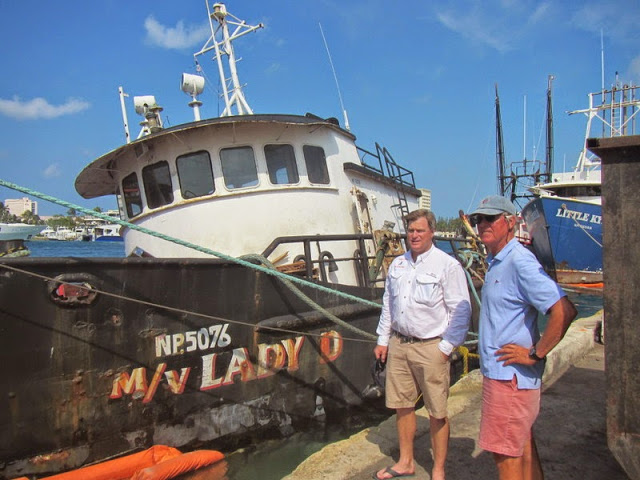 Surveying the discarded hulk of the LADY D. in Spring 2015, after it had lain there about a year, however a year later, in Spring 2016 the wreck had been removed and disposed of – another success! This time clearing an integral spot on the northeast side of Potter’s Cay – the first slip you see as you arrive from the Causeway downtown – an eyesore and a blight on free enterprise. (Sailor at right is a visiting yachtsman from New York, author in white shirt).