Here are 8 original photos by Nassau historian Ron Lightbourn, to whom I owe a debt of gratitude. Mr. Lightbourn appears to be be training his powerful camera from Eastern Road, the Montague Foreshore. The first two images are unusual in that they show the M/V KCT (2nd photo) towing or at least attached to the SEA SPIRIT II, which is owned by the same company or individual, Capt. Tom Hannah, and docks at the same spot on western Potter’s Cay. Note the two lines off the bow… 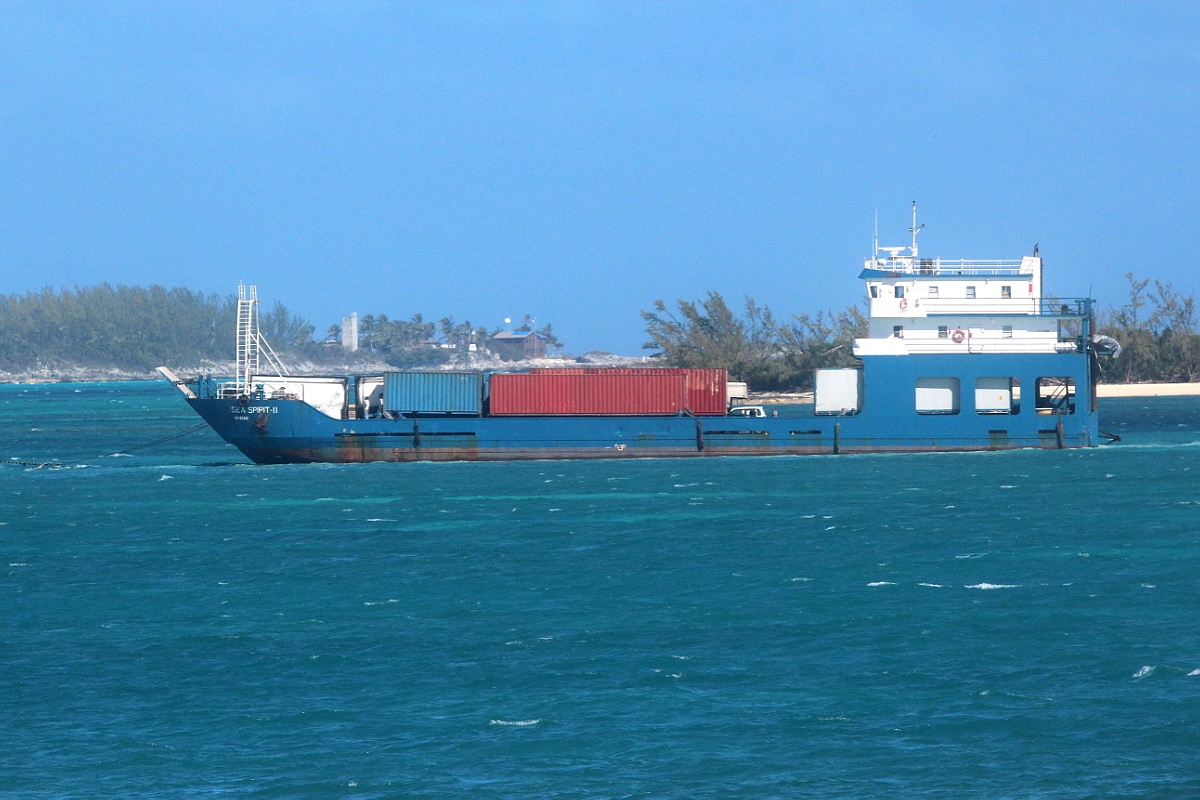 There are two lines at the front of the SEA SPIRIT II in this photo, the first is easy to see, slacked off and dangling from the bow. The second, however is nearly impossible to see – a black and yellow hawser which is taught, and is aligned with the sea to create an illusion you can’t see through.

M/V KCT towing the M/V SEA SPIRIT II, with a towing line very clearly stretched out from the stern – the same taught black and yellow hawser which was not visible in the other photo. 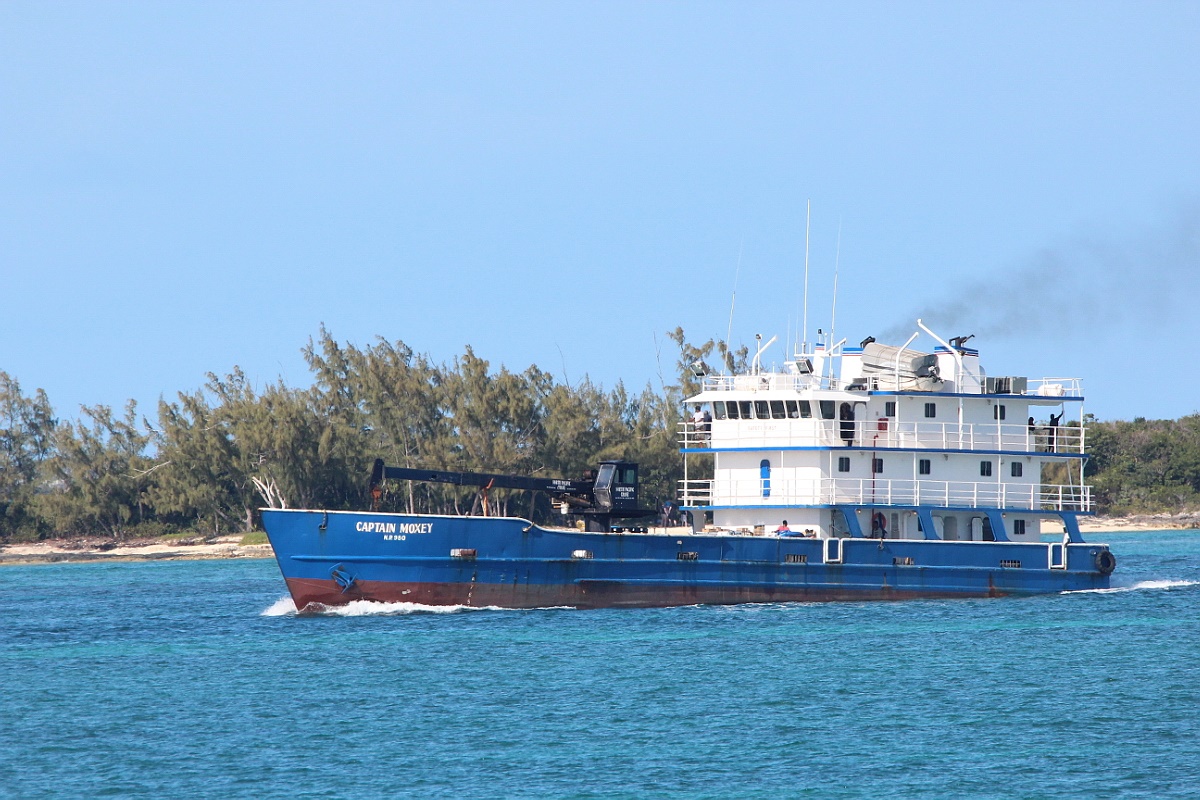 M/V Bahamas Daybreak – III – arriving in Nassau, fenders out, but considerably down by the stern-  not even a couple of automobiles on the fore deck can compensate for her bow sticking up…. 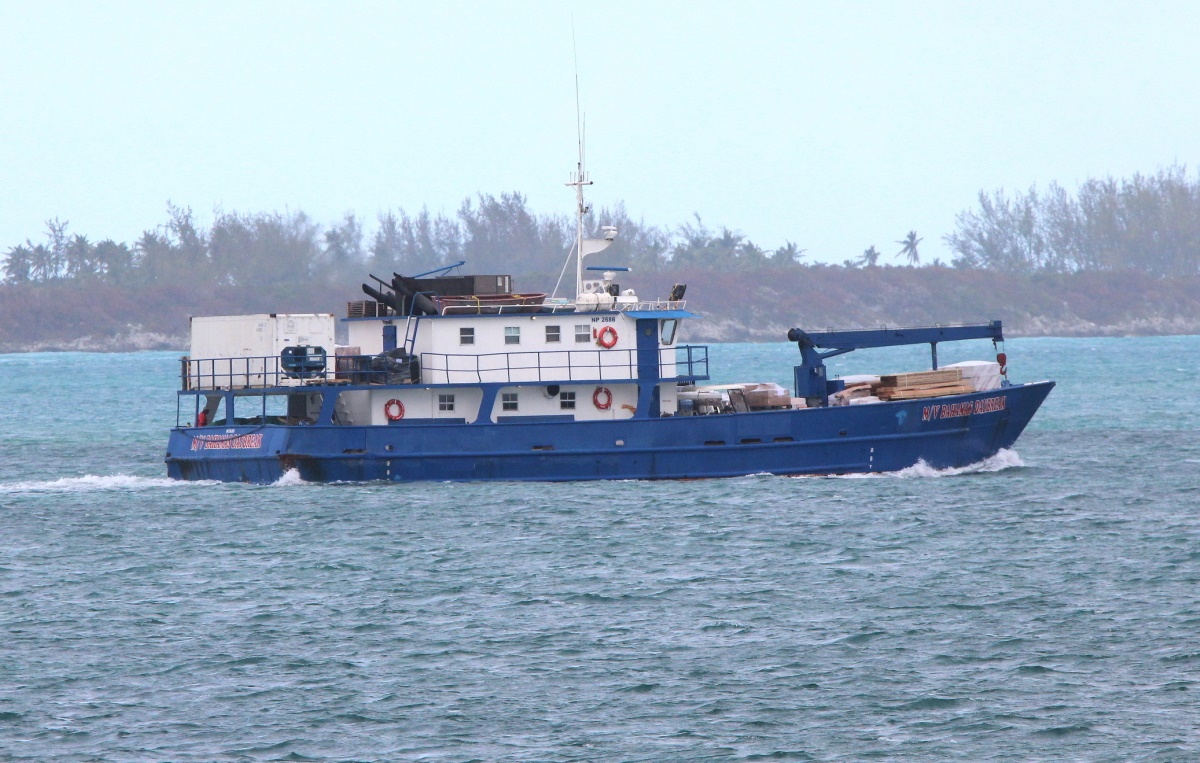 M/V Bahamas Daybreak – I believe # III / the third – heading back to Eleuthera. You can still see a docking line strung across the stern, just above the name, indicating she had recently un-berthed.

M/V Captain Moxey, I believe heading between Paradise Island and Atoll Cay inbound. Note the assortment of lifeboats on the top deck. 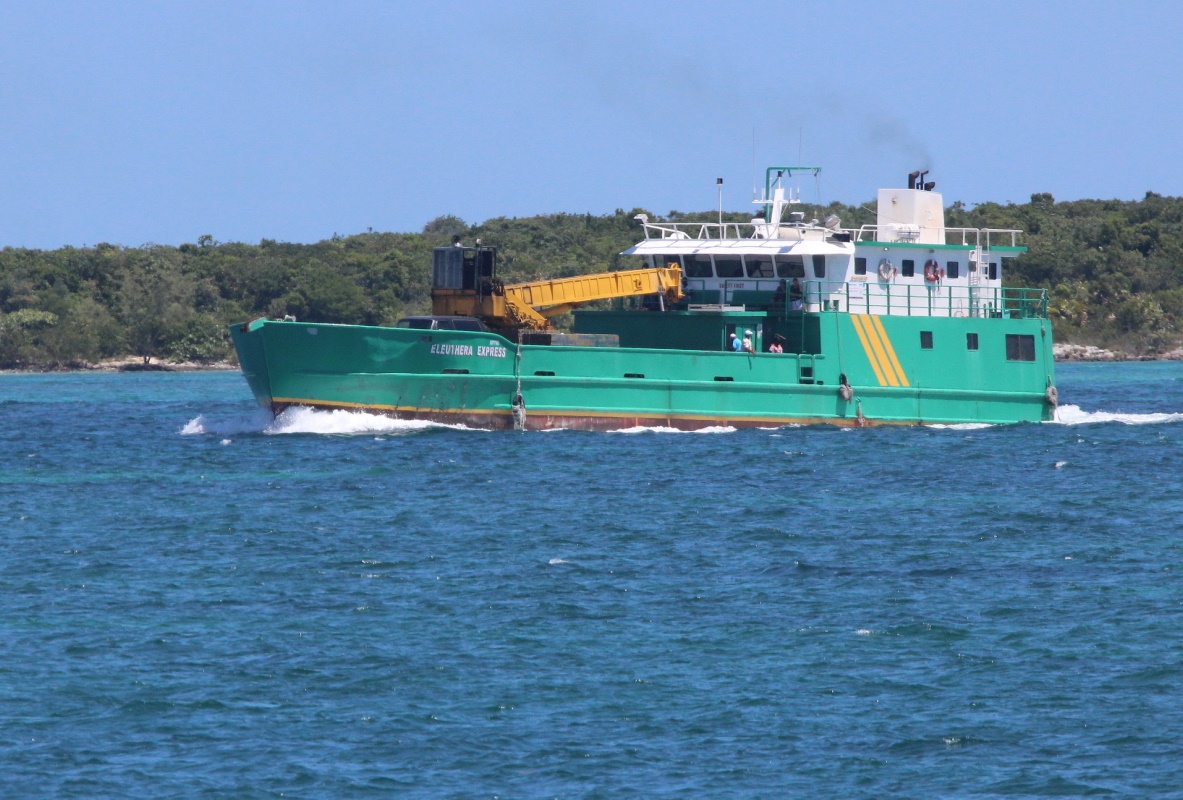 M/V Eleuthera Express inbound to Nassau with “a bone in her teeth” from the white wake at bow. Note the fenders are down and folks are on deck prepared for arrival. 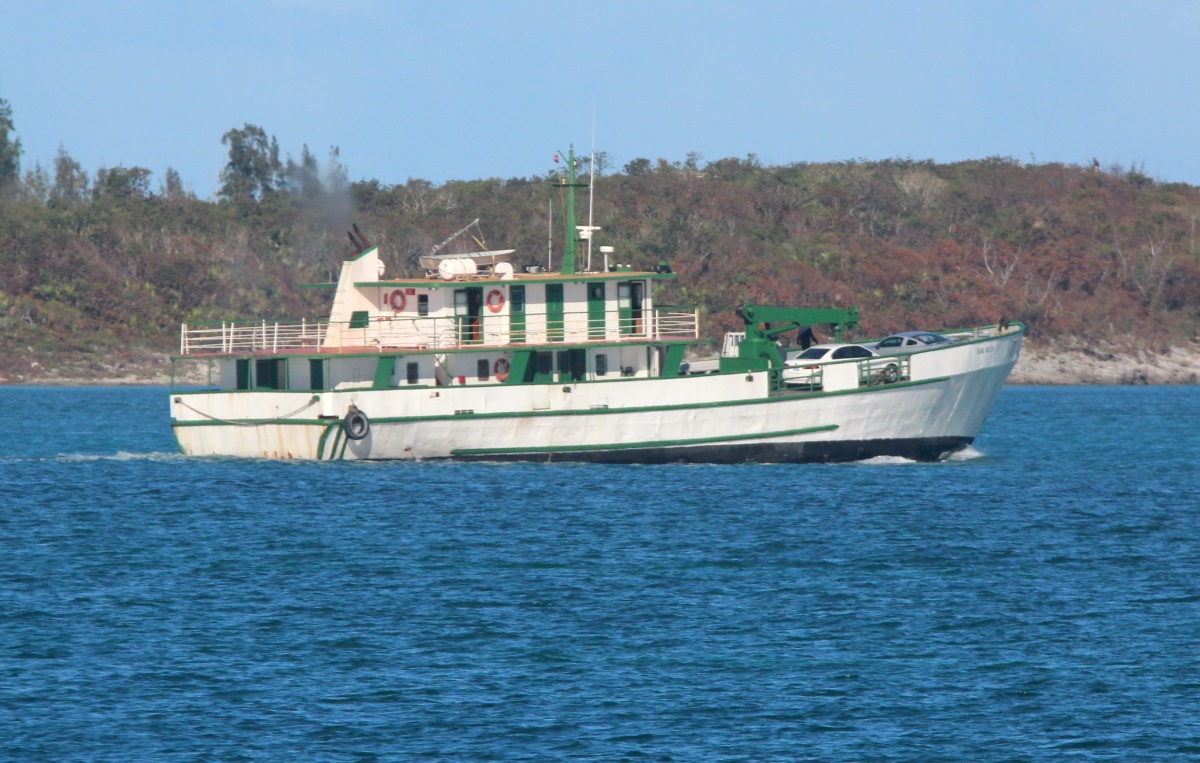 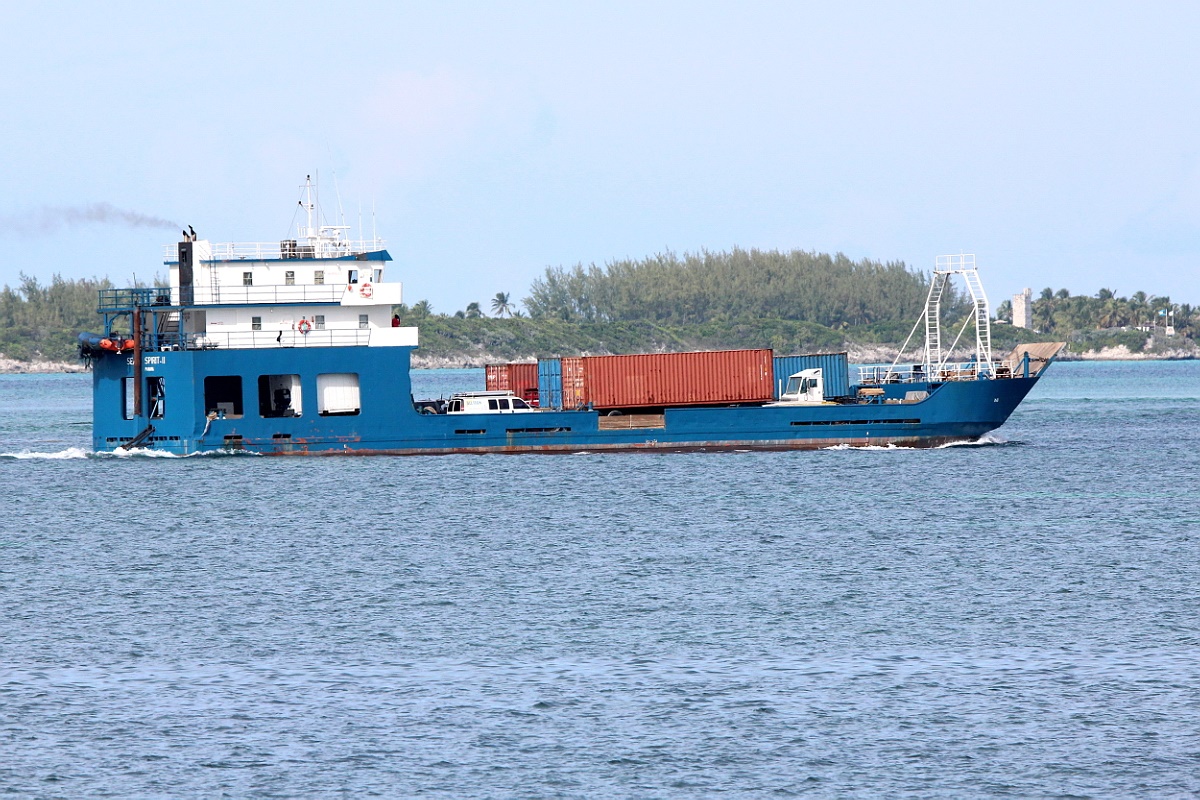 Another view of the M/V Sea Spirit II, this one off “Blue Lagoon Island” heading northeast.