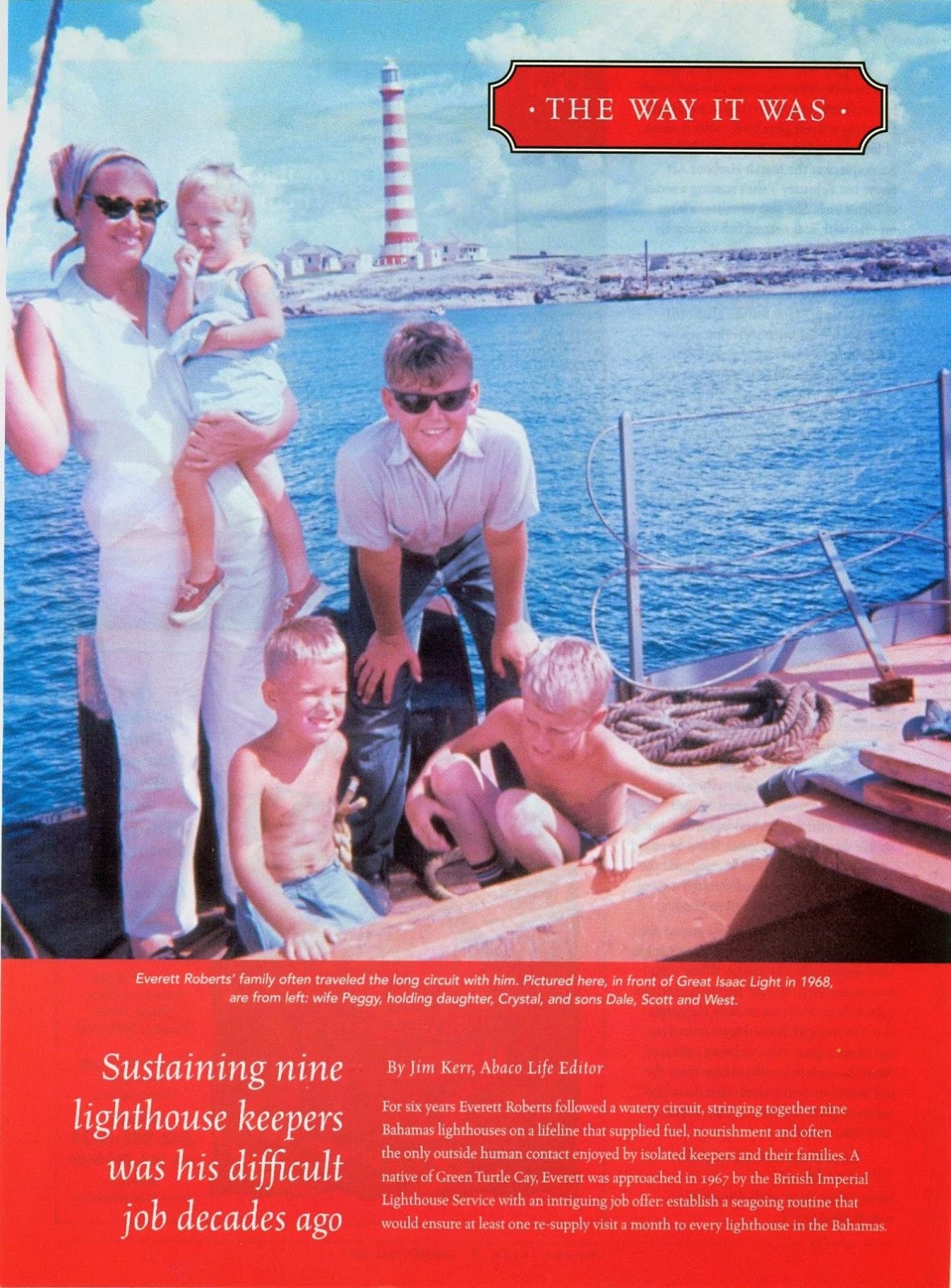 The family of Capt. Everett Roberts aboard M/V Gold Finger at Great Isaac Light, left to right: Peggy, Crystal, Dale, Scott, West. From Jim Kerr’s article in Abaco Life Magazine – citation below.
MAILBOAT NAME: M/V Gold FingerPAST NAMES: used to be a US Navy submarine chaser, name / designation not knownDIMENSIONS: 104′ long CONSTRUCTION: woodYEAR BUILT: 1940sBUILDER: not known EARLY CAREER: US NavyBAHAMAS CAREER: mailboat from Nassau to Andros in the 1970s, before that was a light house tender under Capt. Everett Roberts of Abaco in the 1960s – Capt. Roberts would take his entire family of 4 children, with his teenage son as mate, to tour from the Cuban frontier (Cay Lobos) to northern Bahamas, servicing a dozen lighthouses with supplies and mail.CAPTAINS: Capt. Everett RobertsOWNERS: Imperial Lighthouse Service, then operated as a mailboat briefly before it was lost. The ILS also operated the 147-foot former US Navy LCI named M/V Anna Patricia, however this is not known to have served as a mailboat.
FATE: According to Jim Kerr (citation below), “The Goldfinger, sold for service as a mail boat, sank in a storm on a run to Andros”.
Source: THE WAY IT WAS, Sustaining nine lighthouse keepers was his difficult job decades ago  By Jim Kerr  Abaco Life Editor, Summer/Fall Vol 22, No. 2