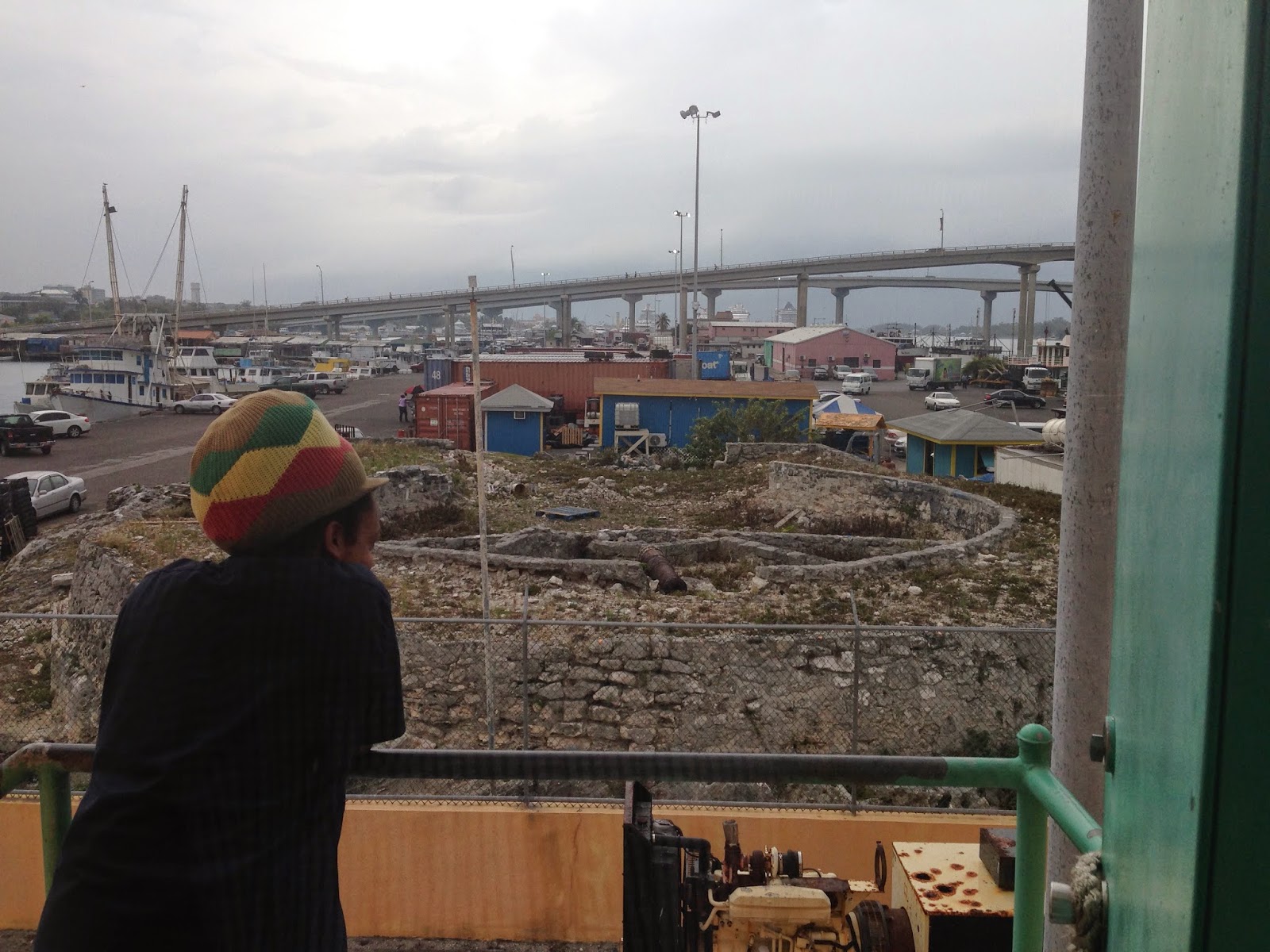 The view from inside of the Dock Master’s office, Potter’s Cay, looking over the old fort – the cannons of which are visible over the man’s right shoulder. Looking West towards both Paradise Island Bridges. The Taylor Corporation / Pirate’s Wells Investments buildings are to the center and right and are painted turquoise with yellow trim. There are fishing vessels to the left or South end of the cay and mailboats just visible to the right or north end of the jetty. 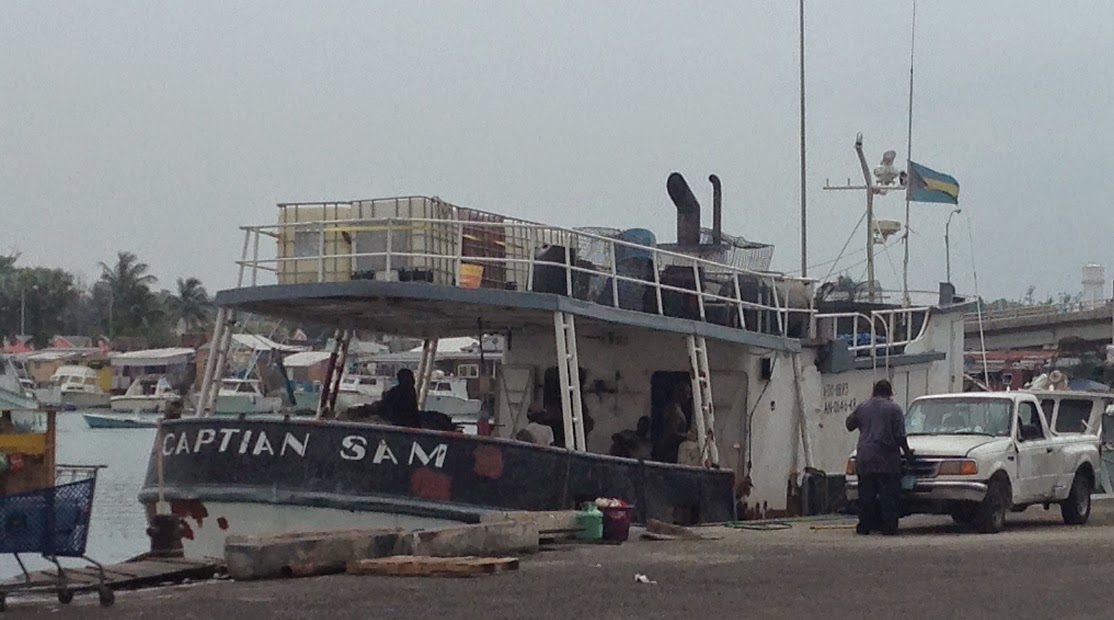 Panoramic view of Nassau Harbour from the new LJM Maritime Academy on Crystal Cay north of Arawak Cay, in the rain. Paradise Island Light is visible to the left, between the Atlantis towers, and three cruise ships can be seen at Prince George Docks on the right, with the Paradise Island bridges behind them. This view is taken looking east. 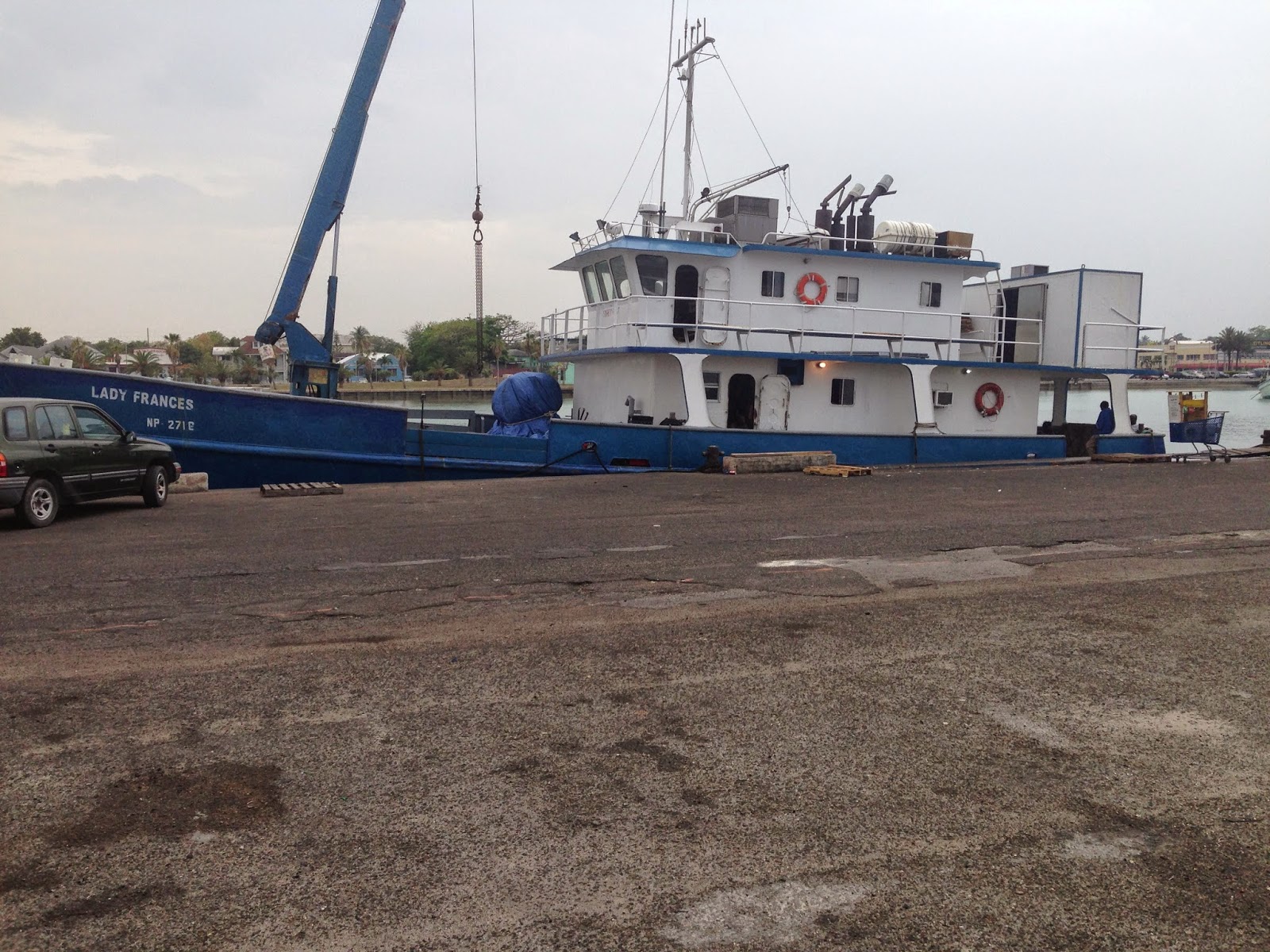 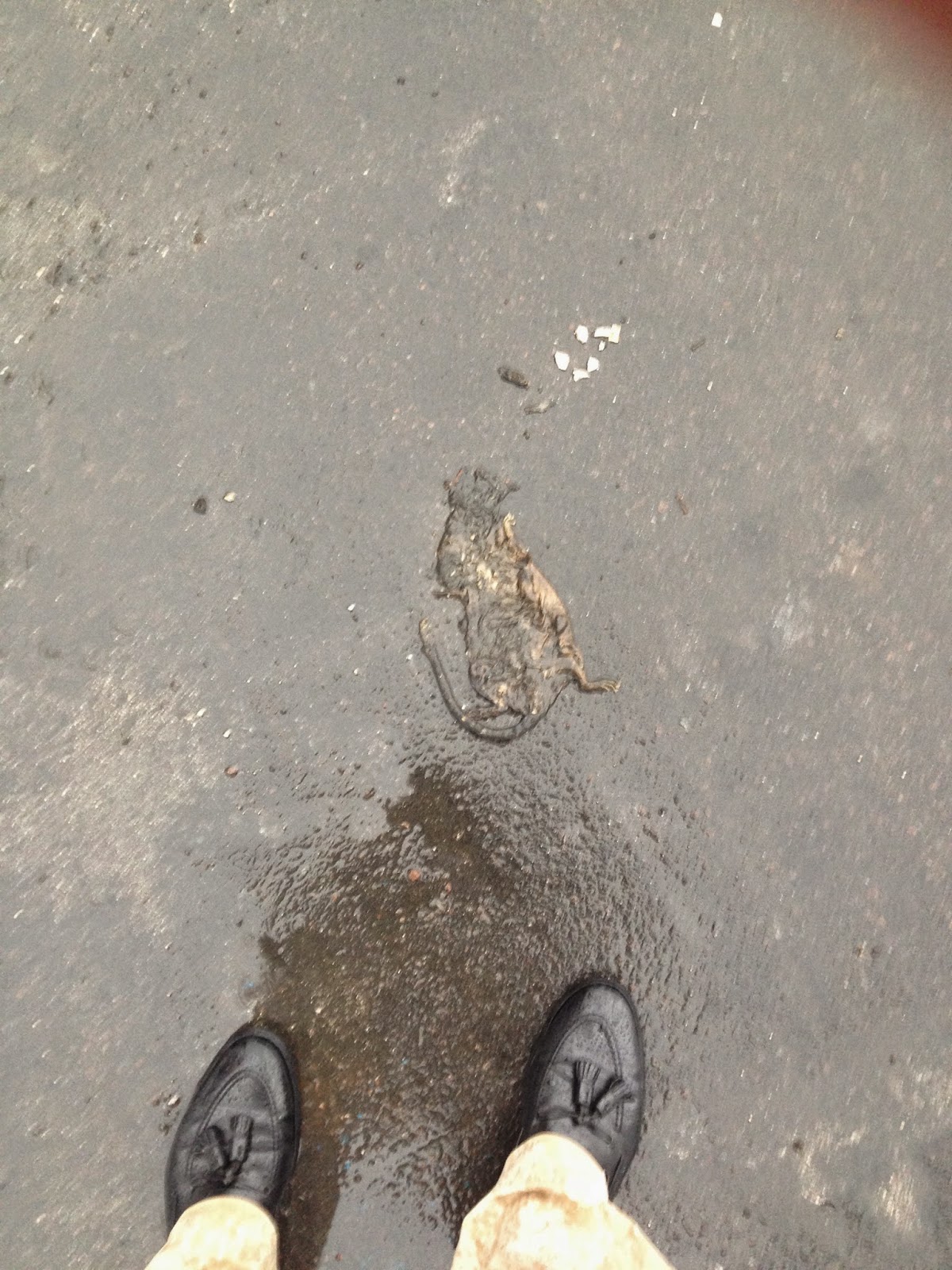 A dead rat on the dock. At Big Daddy’s Daiquiri bar in the 1990s it was sport to try to hit rats with empty bottles, they were plentiful at the outside terrace. The reality is that wish so much food transacting hands on Potter’s Cay as well as so much cargo, rats are inevitable. In March 2015 the Grand Master’s owners went to considerable expense to fumigate the ship……