M/V United Star offloading cargo near Spring Point, Acklins, c.1999, Author’s photo. Note the “T H,” presumably for “Thomas Hanna” in the cross bars above the ramp. Also the men trying to keep the drywall from breaking as it was rushed ashore by the vehicle. Also note anchor ready for deployment and man-made jetty custom-built for this kind of vessel to lower its ramp and work cargo.

MAILBOAT NAME: M/V United Star
PAST NAMES: not known – see “Fate” section for later name/s
DIMENSIONS: 170′ long, 36.5′ wide, 417 gross tons, 500 deadweight or cargo carrying tons, roll-on, roll-off (Ro/Ro) type cargo vessel with accommodation and bridge aft. IMO # 8925529
CONSTRUCTION: steel
YEAR BUILT: 1996
BUILDER: Chauvin Shipbuilding, Louisiana, USA (possibly Portier Shipyard in Chauvin)
EARLY CAREER: not known – was serving the Bahamas from year built (1996) to 2007
BAHAMAS CAREER: served the Bahamas on long-haul voyages to Mayaguana, Acklins Island, Crooked Island, Long Cay (south of Crooked, also known as Fortune Island), and Inagua.
CAPTAIN: Captain Rodney Miller in 2003
FATE: in 2003 was in a severe collision with the M/V Sea Hauler 14 miles south of Eleuthera (see summary below). In 2007 it was sold the Compania Internacional Maritima (Coimar) of Roatan, Honduras. The company is known as Coimar Transport).
OWNERS: Carib-USA, the president of which was Mr. Thomas Hanna (source: “Thomas Hanna, president of Carib-USA, who stated that the company was a Bahamian registered company which owned and operated the United Star in Bahamian waters.”, http://caselaw.findlaw.com/fl-district-court-of-appeal/1317627.html)
NOTES ON COLLISION WITH M/V SEA HAULER: To be fair regarding an issue which is still very sensitive in the Bahamas, I will try to stick to just the stark facts and post the same information on both the M/V Sea Hauler and M/V United Star blog posts.

SEA HAULER: A 98-foot cargo/passenger vessel which left Nassau in an arguably overcrowded condition (194 passengers though rated for 120, plus 7 crew for a total of 201 persons) on the evening of Friday 1st August 2003 bound for Cat Island with roughly 200 revelers who were going, many of them, home to Cat Island for the long Emancipation Day weekend. Her skipper was also the owner, Captain Allan Russel Sr., who had been doing the route since at least 1993 (see below note). There were many persons gathered on the after deck where music was being played, and other slept on deck.
UNITED STAR: A 178-foot landing-craft-type roll-on, roll-off (Ro/Ro) cargo freighter, left Cat Island bound for Nassau and on Saturday 2nd August was about 14 miles south of Eleuthera Island heading northwest under the command of Captain Rodney Miller. The ship was carrying 11 persons, cars and general cargo. It was nighttime.
At around 1 AM local time, Captain Miller of the United Star left the wheel to use the bathroom. The Sea Hauler was on collision course with the United Star but was unaware of the other vessel due, Captain Russell, said, to their being no lights showing aboard the United Star.
Although both skippers took last-minute evasive action, it was too late, and the United Star’s port, or left bow, smashed into the port quarter, or stern, of the Sea Hauler. The consequences were tragic: four persons were crushed to death when the crane toppled on them, another man lost his leg below the knee, and 25 persons were injured.
In the aftermath both vessels tied up alongside each other, several of the worst wounded were evacuated by US Coast Guard helicopters and Royal Bahamas Defense Force craft several hours after the accident. Some passengers may have continued on to Cat Island on other vessels. The situation was at times chaotic, though sea conditions were said to be calm and clear.
Both vessels promptly returned to Nassau where others among the injured were treated at Princess Margaret Hospital. There they were met by the Deputy Prime Minister and later the Prime Minister, who termed the event a tragedy of national importance.
Though a committee was formed to investigate the incident. That report, through a government-appointed Wreck Commission, was presented to the Minister of Transport and Aviation on January 4th, 2005, however efforts by this blogger to unearth the report have so far been unsuccessful. The incident led to a number of lawsuits, including 9 civil actions filed in the Supreme Court against the government by 2006. 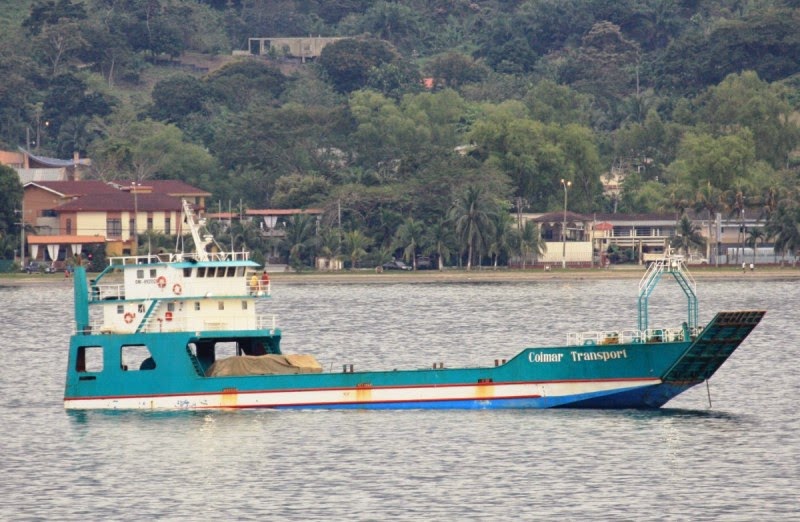 The United Star in later color scheme as the “Coimar Transport” also known as the “AJ Transport,” in Honduras, her new flag state after the accident in the Bahamas in 2003.
Source: http://www.shipspotting.com/gallery/photo.php?lid=1493340
The skipper of the United Star in 1998/99 was from Roatan, Honduras, where the vessel ended up. 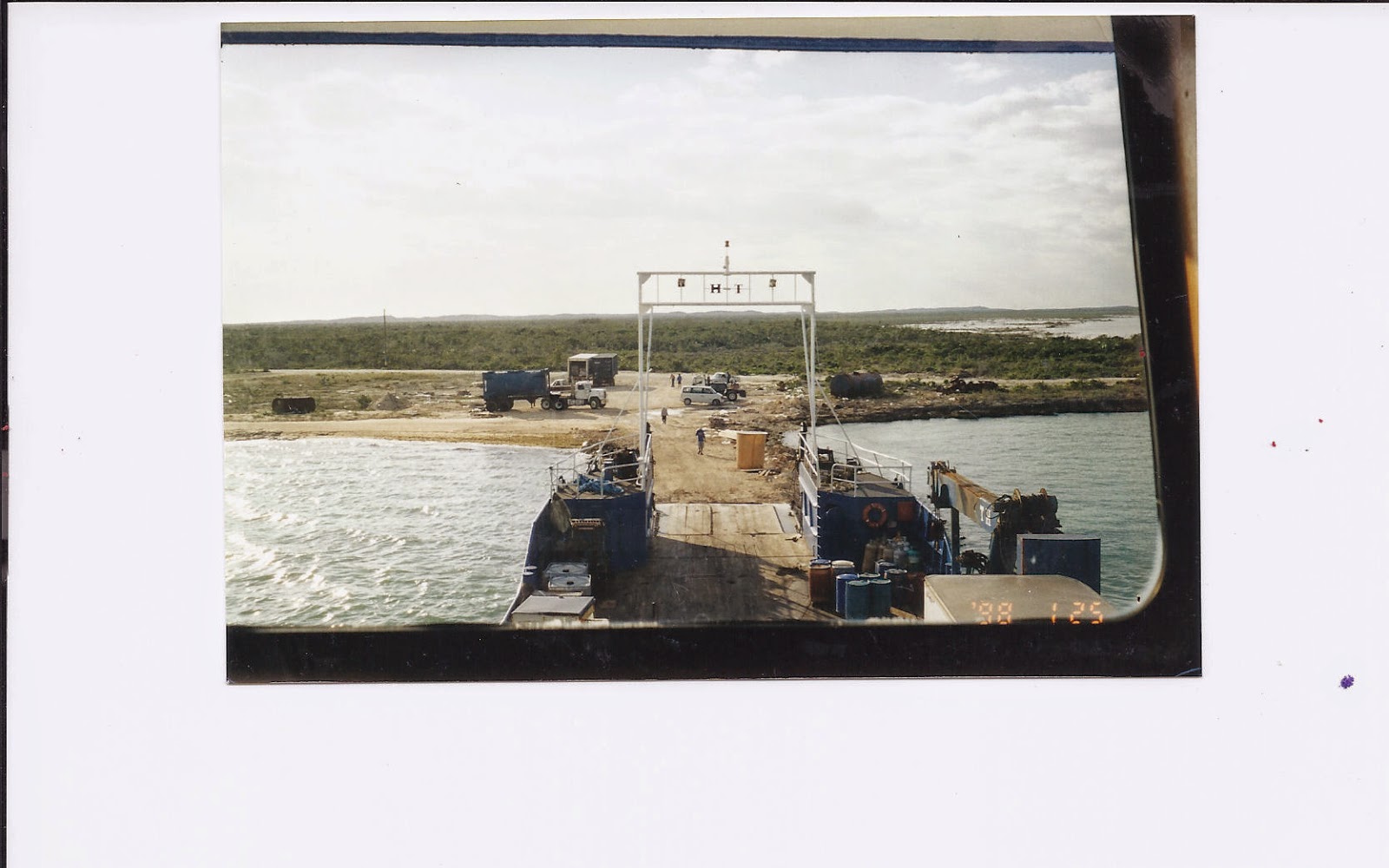 Views of the bridge of the United Star during discharge operations in Spring Point, Acklins c.1999.
Sources: Author photos