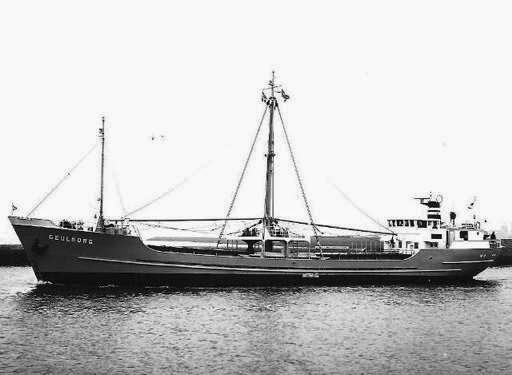 FATE: intentionally sunk as an artificial reef off Miami after being impounded in the Miami River as a drug smuggling ship.
NOTES: The name “Guelborg” is consistent with the narrative given by owner Capt. Eddins Bruce Taylor, who said she was built around 1966 in Holland and that her original name had the word “gold” in it. 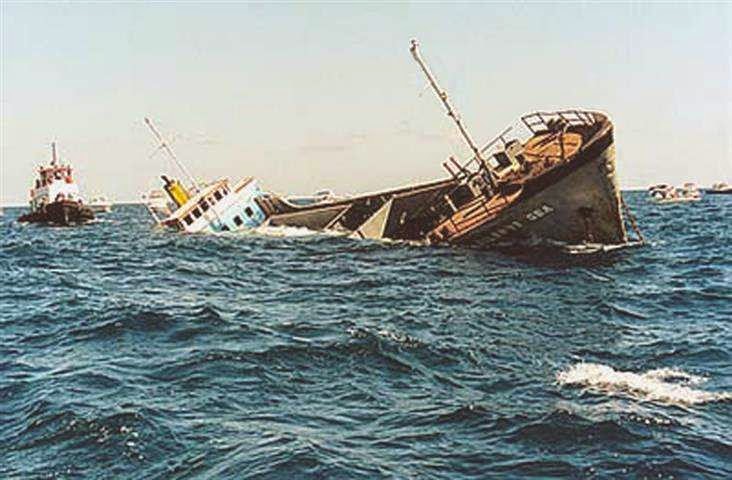 The “Gilbert Sea” being sunk off Miami after being impounded for drug smuggling under its Honduran owners and abandoned on the Miami River in 2002.
Sources: http://www.wrecksite.eu/wreck.aspx?139583
“The Gilbert Sea was built in 1966 in the Netherlands. She was under a Honduras flag when she was seized by the US Customs Department — 74 pounds of cocaine were found hidden inside the false bottom of a 55 gallon drum. The ship was seized as part of Operation Riverwalk and is now part of Governor’s Riverwalk Reef, dedicated in honor of Governor Jeb Bush to commemorate his crime fighting efforts.
After being turned over to the Artificial Reef Program, the front portion of the wheelhouse was painted with murals. The ship was sunk in 2002 in 90′ of water just 1.5 miles from the Palm Beach Inlet. The reef is quickly becoming a haven for tropical and game fish and is quickly being overgrown in coral.”
Source: http://www.divespots.com/scuba-diving-spots/florida/west-palm-beach/spots/gilbert-sea

M/V Miranda as the M/V Gilbert Sea stripped and just prior to its being scuttled and sunk.
Photo source: http://www.divespots.com/scuba-diving-spots/florida/west-palm-beach/spots/gilbert-sea