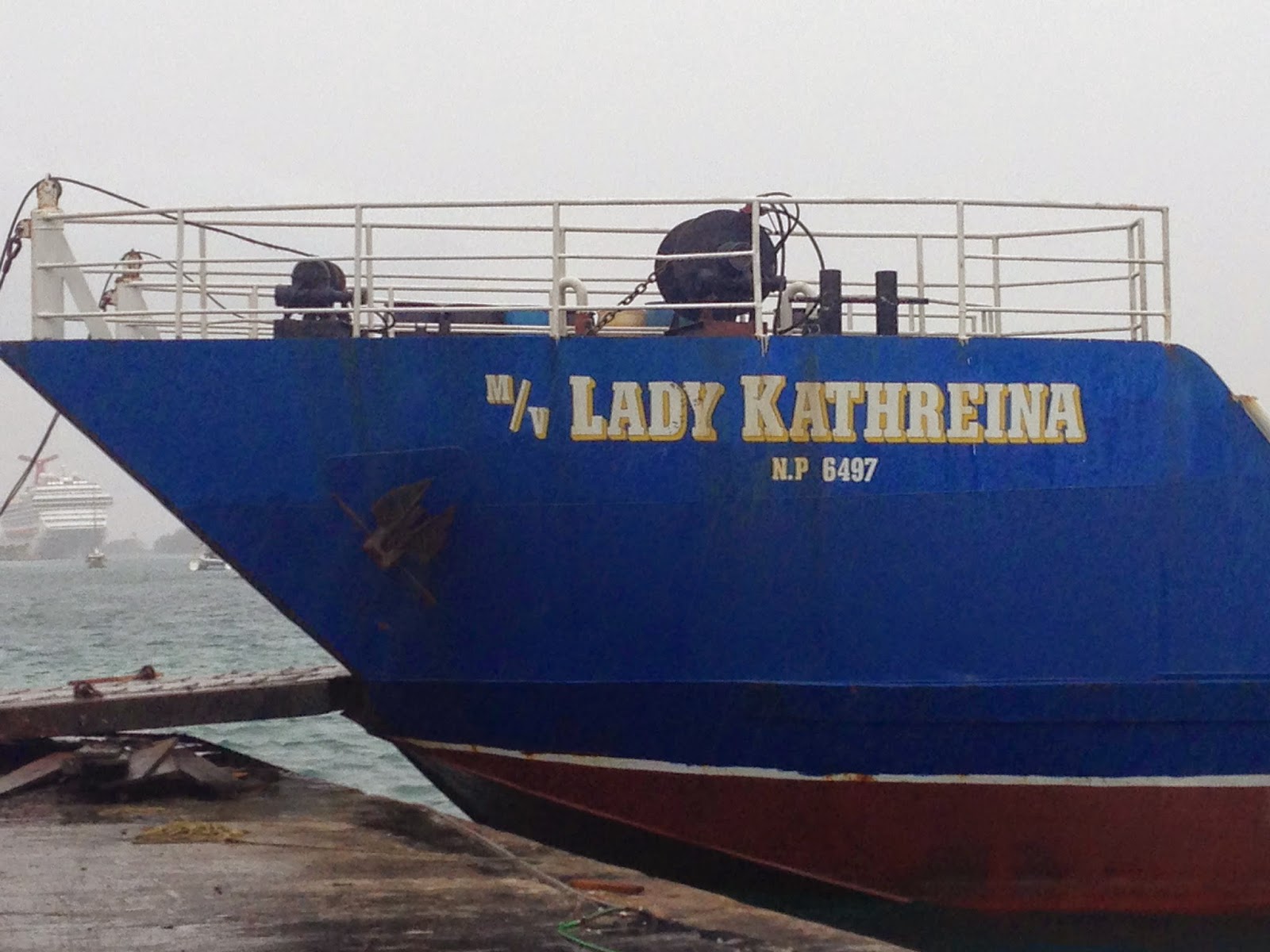 Bow detail of M/V Lady Kathreina taken on April 22 2015 in the rain – this is the first time the author had come across this ship. Photo from author’s collection.

CAPTAINS: According to the schedule her master is Captain King.
OWNER: not known
FATE: still actively sailing in the Bahamas
NOTES: Initially I believed that the Lady Kathreina replaced the sunken Lady D., however this appears not to be the case since the Kathreina was listed as serving Andros in the spring of 2014, before the Lady D. sank. 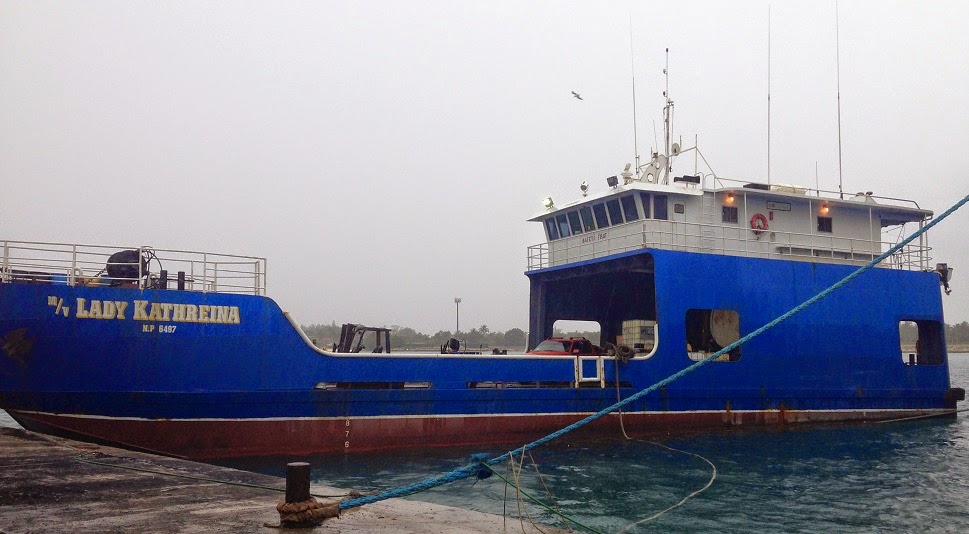