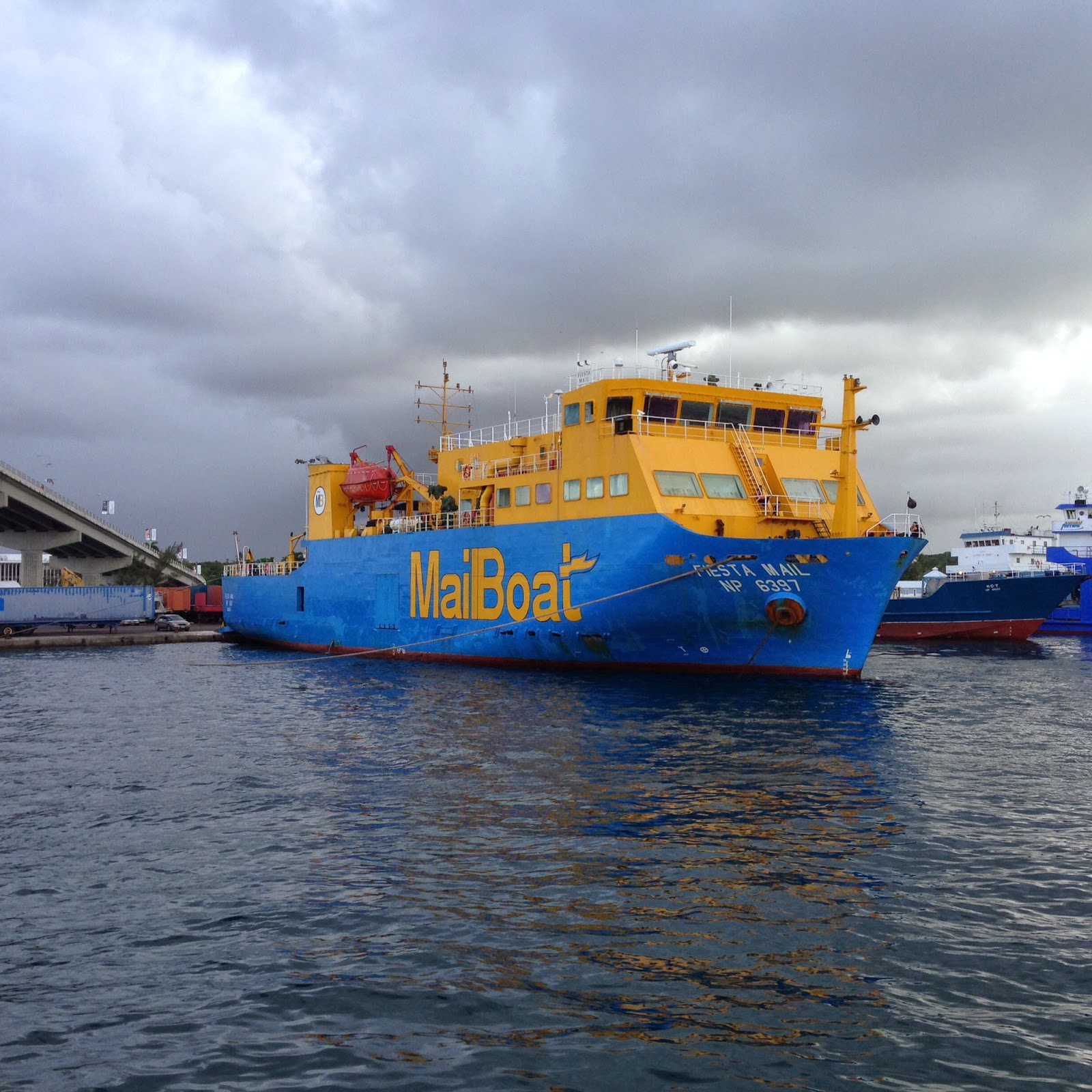 For more information on the background of the company, see:
http://mailboatbahamas.com/?option=content&cat_id=1&itemId=3.sf 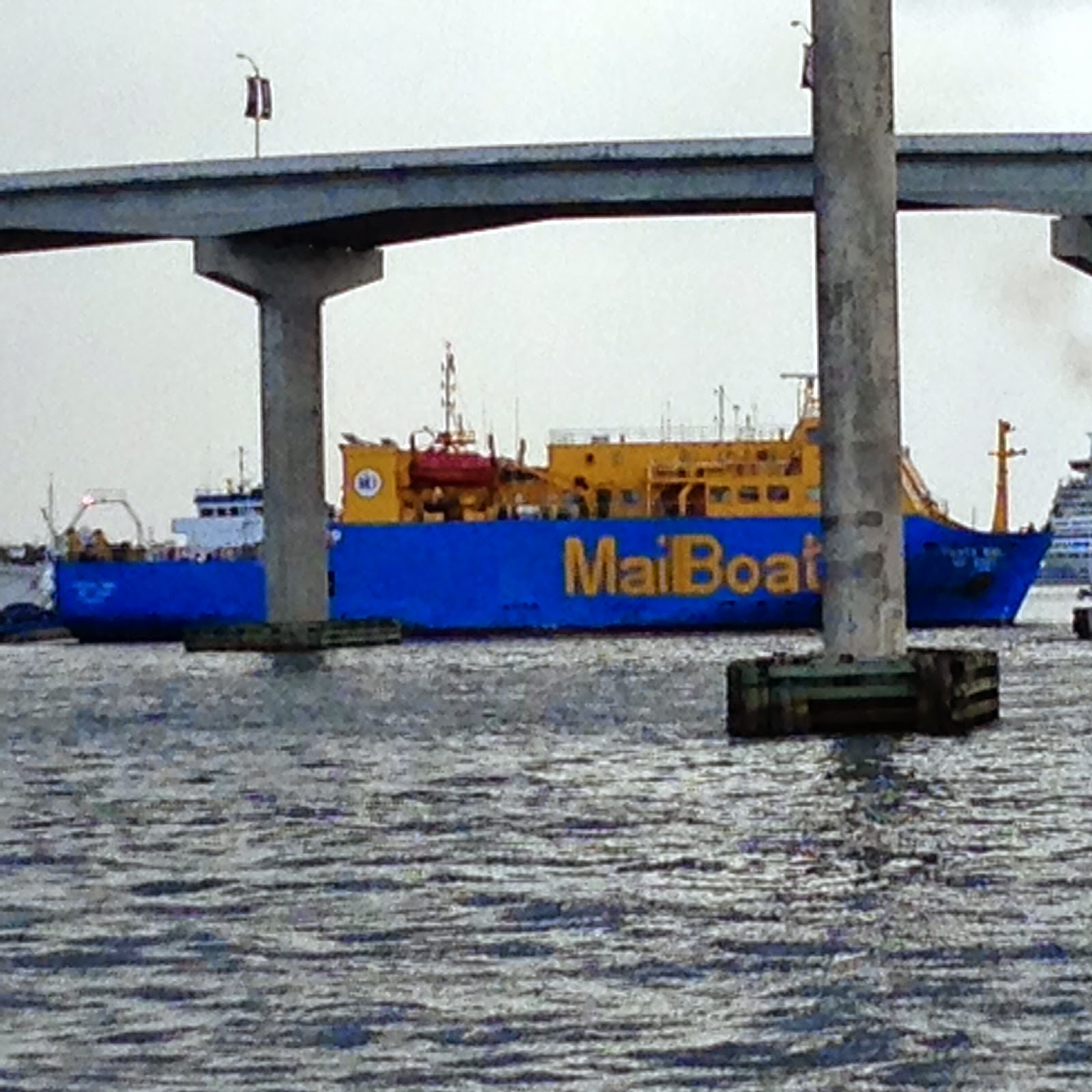 M/V Fiesta Mail looking west in Nassau Harbour, March 2015, by author.
Their regular sailing schedule, per the website in April 2015, is;