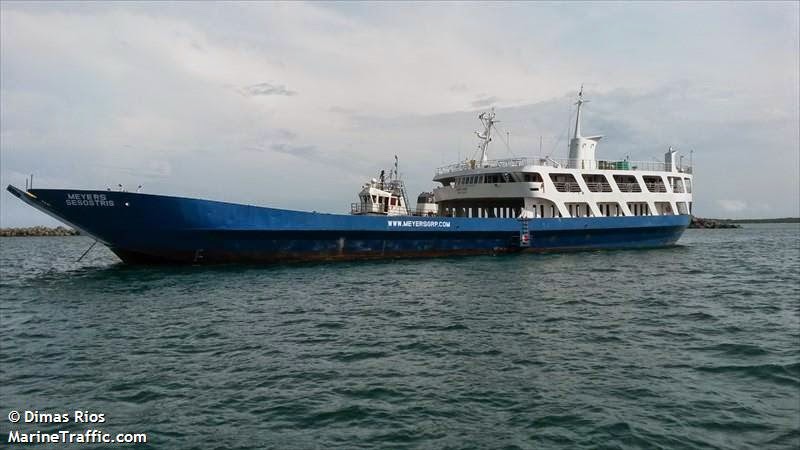 VESSEL NAME: M/V Duchess of Topsail
PAST NAMES: M/V Xanthoula, presently M/V Meyers Sesostris in Panama since 2013
DIMENSIONS: 220.5′ long, 44.5′ wide, IMO # 7350521, 879 gross tons, 192 deadweight or cargo carrying tons, Ro/Ro passenger vessel with a long open deck for rolling stock,
CONSTRUCTION: steel
YEAR BUILT: 1974
BUILDER: not known
EARLY CAREER: served Marsh Harbour Abaco from Port Everglades (Fort Lauderdale) Florida along with M/V Duke of Topsail per the magazine “Abaconian” of May 30, 2013.
BAHAMAS CAREER: served Marsh Harbour Abaco to Florida up to May 2013
CAPTAIN: not known
OWNERS: United Abaco Shipping Company Limited, Marsh Harbour, Abaco
NOTES: In some articles the M/V Duchess of Topsail was referred to as a sister ship to M/V Duke of Topsail, however the latter is clearly a much larger vessel and not identical. 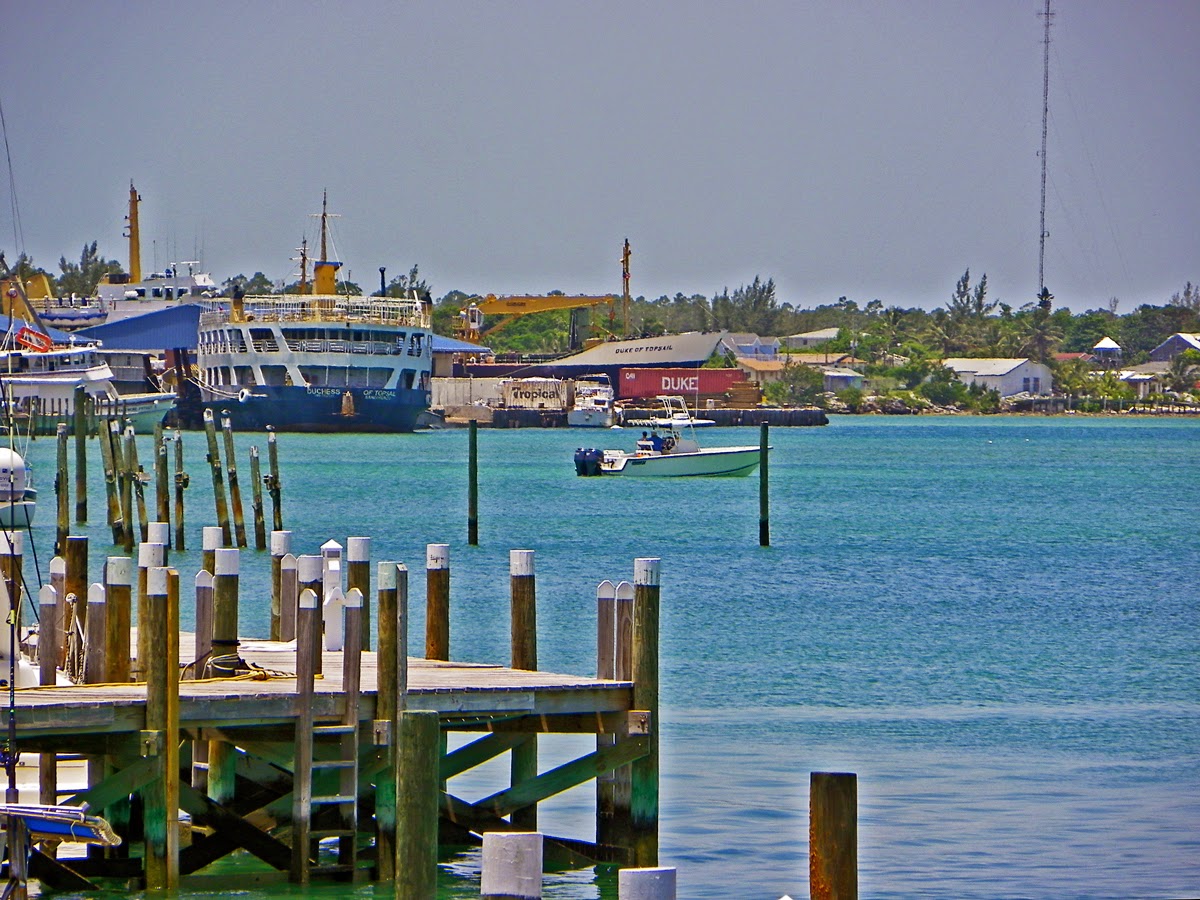 He wrote: “According to my google-search, Duke of Topsail is a 1400 ton ro/ro cargo ship of the United Abaco Shipping Co. with weekly sailings from West Palm Beach, Florida and arrivals into Nassau and Marsh Harbour. It currently sails under the flag of Honduras. According to the 30 May 2013 issue of The Abaconian, after years serving Abaco through United Abaco Shipping Company and some time out of service more recently, the Duchess of Topsail was towed away by tug to Panama to be refurbished and put back in service elsewhere. Further search revealed that she is currently owned by Meyer’s Panama Shipping Group sailing under the name Meyers Sesostris flying the flag of Panama.”