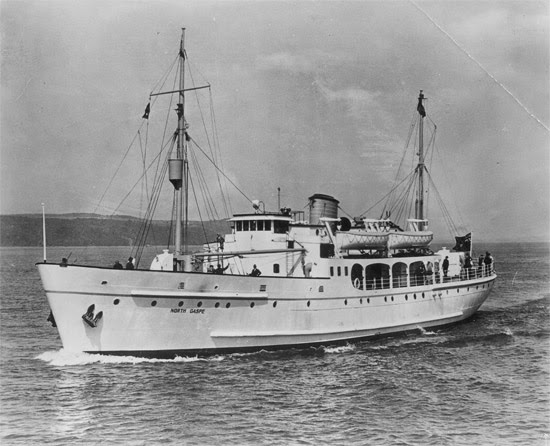 The North Gaspe survived a German U-boat torpedo attack, according to www.uboat.net:
“At 18.43 hours on 21 Jan 1942, U-203 fired a spread of four torpedoes at steamer of estimated 8000 tons, heard a detonation after 6 minutes 52 seconds and thought that the ship sank. Apparently, the North Gaspe (Master Alphonse Bégin), a Canadian ship under charter by the US Army Transport Service, was slightly damaged by the explosion of a torpedo close to the ship about 44 miles south of Cape Race, but managed to reach port safely. On board was a US Army gun crew and a communication unit.”
Source: http://www.uboat.net/allies/merchants/ships/1273.html