Skip to content
SS ANNA, Attack & Survivor’s Narrative
by Eric Troels Wiberg, www.uboatsbermuda.com, March, 2014
The Swedish steamship Anna was built in 1924 by the German firm of Howaldtswerke AG in Kiel. She was 1,345 gross registered tons, sometimes reported at 1,573 tons. Anna was a smallish steam freighter, 249.8 feet long by 37.2 feet wide and 15.9 feet deep. She was capable of 9.5 knots. Her funnel was black with a blue J on a yellow band. Her owners were the A. Th. Jonassons Rederi AB of Råå , Sweden, which is just south of Helsingborg in the southwest of the country. The overall owner was Mauritz Jonasson of Langgatan in Råå. 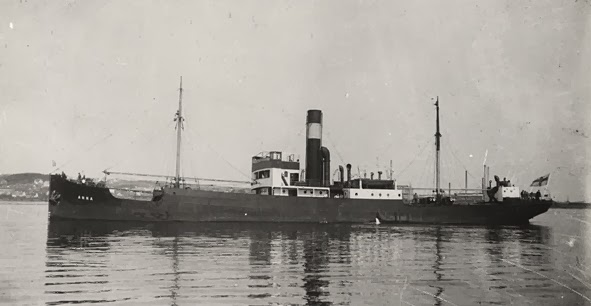