Skip to content
SS ALCOA SHIPPER, Attack & Survivor’s Narrative
by Eric T. Wiberg, www.uboatsbermuda.com, Feb. 2014
The US-flagged steam ship Alcoa Shipper was built as the SS Davenport by the Merchant Shipbuilding Corporation of Chester, Pennsylvania in 1920, which had been building ships since 1857. Davenport was commissioned by the United States Shipping Board following the First World War. For a period up to 1940 the ship was laid up, then after 1940 her owners were the Aluminum Company of America, or Alcoa, of Pittsburgh, and she was operated by the subsidiary, the Alcoa Steam Ship Company, Inc. the ship was 401 feet long, 54.2 feet wide and 30.4 feet deep. The gross registered tonnage was 5,491 and two steam turbines developed 645 net horsepower. Her home port was New York, NY. 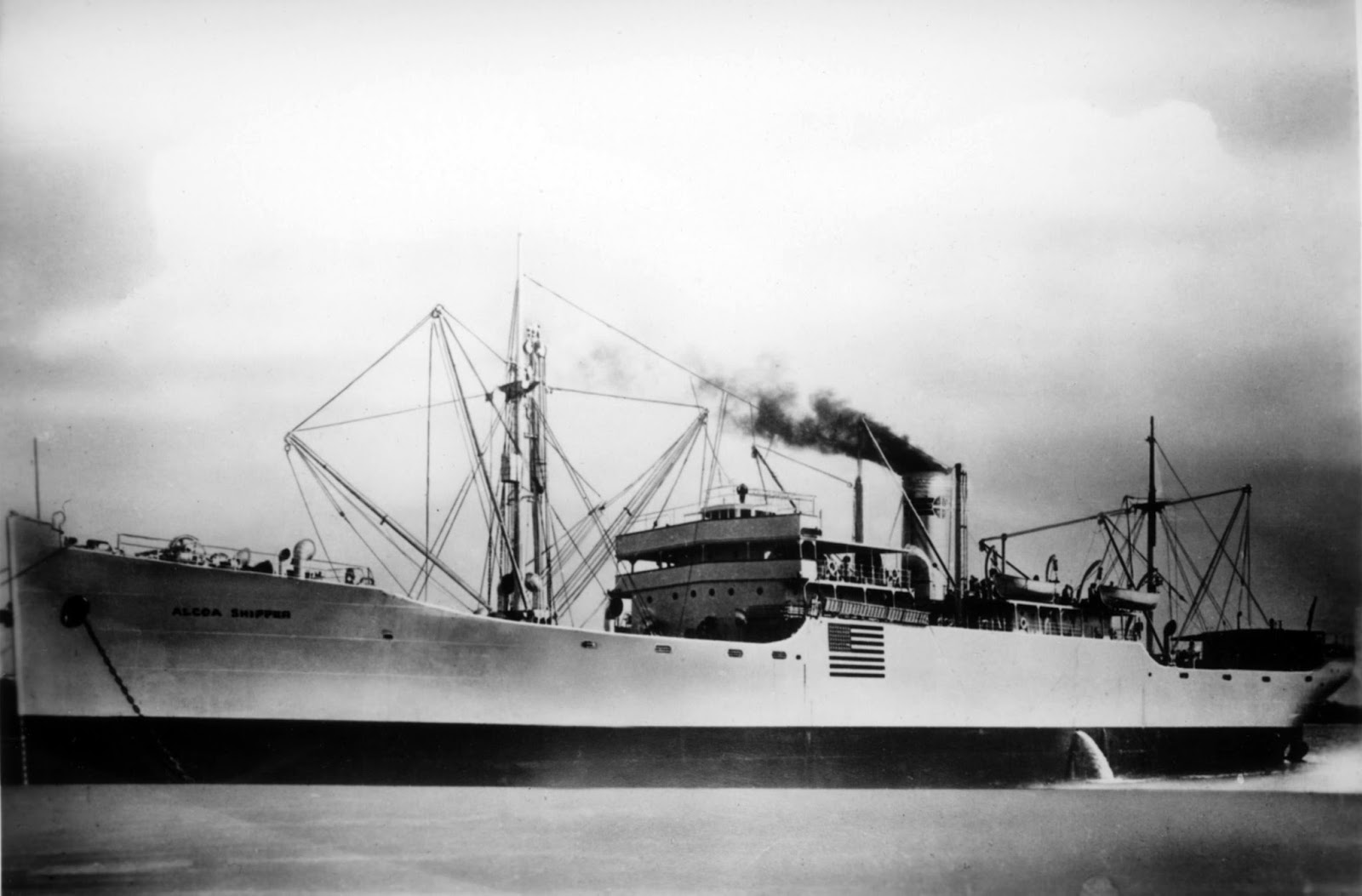