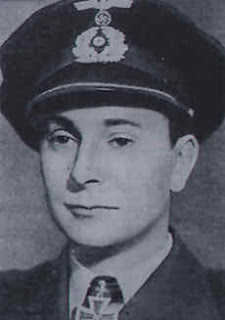 The next patrol followed the more standard pattern of a U-boat transiting inbound through the Windward Passage and outbound homeward through the same route, utilizing the Caicos and Crooked Island passages as a means of ingress. The submarine was the U-125, a Type IXC boat of the Second Flotilla in Lorient and commanded by Kapitänleutnant Ulrich Folkers, age 27 at the time.
In total the submarine spent thirteen days in the theater – between 26 April and 1 May inbound.

U-125 exited the area via the Windward Passage southbound on that day and returned on 21 May via the same route, but around Inagua and between Mayaguana and Turks & Caicos on the way home (on the inbound route the sub skirted the north coast of Hispaniola westbound). Laid out on a chart, the boat’s track looks like a < with the points converging between Cuba and Haiti. The patrol began in Lorient on the 4th of April 1942 and ended there on the 13th of June.

Though no ships were sunk specifically in the area, the Lammot du Pont, an American steamer of 5,102 tons, was destroyed just outside the limits and to the southeast of Bermuda. U-125’s tally of ships sunk is an impressive eight other vessels for a total of 47,055 making it one of the most successful patrols through the region.

Folkers other victims were the San Rafael, Tuscaloosa City, Green Island, Empire Buffalo, Calgorolite, Comayagua, Mercury Sun, and William J. Salman, all sunk off the west and southwest coasts of Cuba in the Yucatan Channel. Clearly Folkers had discovered a vein of unprotected merchant shipping, most likely a route connecting US Gulf ports with larger Atlantic trades via the Caribbean.

A member of the crew of 1934, Folkers obtained the Knights Cross on 27 March 1943 and was killed just over a month later, on the 6th of May in the North Atlantic, when the boat was scuttled with all crew after being hammered by British destroyers. His total tonnage was seventeen ships for a total of 82,873 gross registered tons. Along with Kals and Hardegen Folkers was one of the first wave of five U-boat skippers to attack the Americas in Operation Drumbeat (Pauchenshlag) during January 1942. He had been in the U-boat service since April 1940 and served under Nico Clausen on U-37.