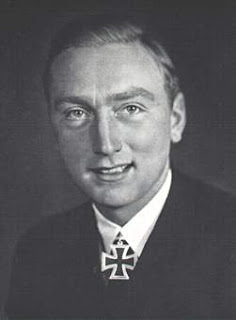 Kapitänleutnant Helmut Witte brought U-159 into the region via the Mona Passage starting on the 2nd of June 1942. Like most of his recent predecessors, he would have a highly productive (rather, destructive) patrol, sinking eleven ships for 50,505 tons including damaging the Brazilian 265-ton sailing schooner Paracury on the 5th of June, the day he entered the Mona Passage. It was only a short patrol in the Bahamas area – six days – but he left in his wake north of Anegada the sunken hull of the US-flagged Illinois, of 5,447 tons, about which more later in the form of a letter from a crewmate to the parents of a lost sailor.

Witte’s other sinkings occurred early in the patrol when he sank the British New Brunswick of 6,529 GRT and compatriot Montenol of 2,646 tons, both on 21 May in convoy OS 28 east of the Azores. After the Paracury he patrolled south as far as Panama, sinking on the way the Sally, a Honduran schooner of 150 tons, the Edith, British Fort Good Hope, Americans Sixaola and Solon Turman, the Dutch Flora, Yugoslavian Ante Matkovic, and the US E. J. Sadler, all between 5 and 22 June.

On 20th of June U-159 made a mid-patrol rendezvous with U-161 under Albrecht Achilles, and received torpedoes. U-159 gave U-161 food and fuel which she would not need (Wynn, Vol. 1, p.122). On the 24th of June Witte opted to exit the area via the Anegada Passage. Sailing for the Tenth Flotilla, he left the region homebound for Lorient on the 25th and arrived there on the 13th of July 1942. However on approach a Leigh Light Wellington bomber conned by W. B. Howell dropped four depth charges on the boat, damaging it but not fatally (Ibid.).

A member of the crew of 1934, Helmut Witte amassed a total of 119,554 GRT in twenty- three Allied ships sunk and one damaged – the Paracury. He was to live until the age of 90, dying in Duisburg Germany in October 2005. Between 1934 and when he joined the U-boats in July 1940 Witte served on the light cruiser Köln and on destroyers, then served under Hessler on U-107 – another boat to patrol the Bahamas area. On U-107 he took part in the single most successful patrol of the war, a feat he came close to matching on this first voyage to the region.

U-159 was commissioned by Witte and after Panama he went on the waters off South Africa. From June 1943 he served in various staff positions before being held captive by the British. His post-war career began humbly with jobs as a farm and factory laborer, but he ended up as a Human Resources manager for a large German conglomerate.

Beginning with the Spanish Cross in Bronze without Swords in 1939 Witte worked his way through two classes of Iron Cross to the Knights Cross on 22 October 1942, within two months of his return from a patrol in which he bagged over half of the threshold – 50,000-plus GRT.