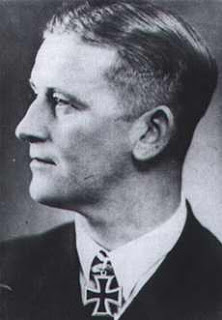 NOTE: This is the third of a record four patrols to the Bahamas by U-129 around the Bahamas. Each will be treated separately.

The next to patrol the area was no less heralded – Asmus Nicolai “Nico” Clausen, who took a detour to the area north of the Mona Passage and east of the Turks & Caicos islands between the 10th and 14th of February 1942. Laid out on a map his incursion looks like an elbow or sideways “V” rotated clockwise like <. It was to be the first of four patrols to the area by U-129.

Clausen went on to the southern Caribbean off Trinidad (a major merchant and military air and naval base by war’s end), where he sank seven ships of 25,613 tons, including the Nordvagen, George L. Toiran, West Zeda, Lennox, Bayou, Mary, and Steel Age from 20 February to seventh of March. Three of these ships were American, another two Canadian, and the balance Norwegian and Panamanian flag (Panamanian ships being largely US-crewed).

This patrol began in Lorient on the 25th of January 1942 and ended in the same port on the 5th of April. While returning the boat was surprised and damaged by a British Whitley bomber commanded by V. D. Pope (Wynn, Vol. 1, p.105).

Thirty years old at the time of the attack, Clausen was Kapitänleutnant. He made the rank of Korvettenkapitän posthumously after being lost on 16 May 1943 in the South Atlantic when U-182 was sunk by the USS Mackenzie and USS Lamb. He commanded four U-boats and sank 23 ships sunk of 73,428 GRT and a 1,379 ton warship to boot. A member of the class of 1939, he began his naval career as a seaman, then serving on torpedo boats and even the heralded school sailing ship Gorch Foch (now the USCG Eagle based in New London Connecticut).

Clausen joined the U-boat arm in 1935 and immediately after this patrol (on 13 March 1942), was awarded the Knights Cross. In May of 1942 he handed over command of U-129 to Hans-Ludwig Witt, who would return to the Bahamas theatre with impressive results.