For a photo-essay of a group of American yachties that visited the Captain C in Exumas in February 2014 see http://www.sailblogs.com/member/finelion/?xjMsgID=303722

“So the guys on the Captain C were heading back to Nassau after the game and said they’d take us back to the anchorage on the mailboat. So we all jumped into the backs of pick-ups and went to the mailboat. As is usual in the Bahamas, things don’t always run on a tight schedule. The plan was to stop the mailboat out there and use the Bahamian launch (really a fishing boat) to take us to our boats. So while the Captain C was getting ready to leave a few of us jumped off the back into the launch and went on out after hanging around on the mailboat for a little while. It was a dark ride back, but lots of fun. They don’t have a lot of regulations down here about lights, buoys, and markers so it was very dark. Everyone got home safe and full of food, beer, and fun. 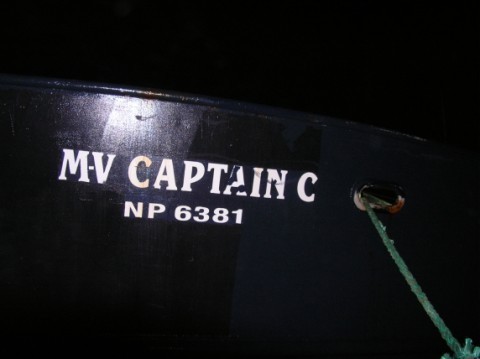 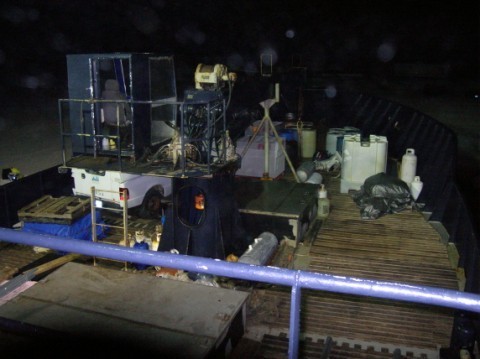 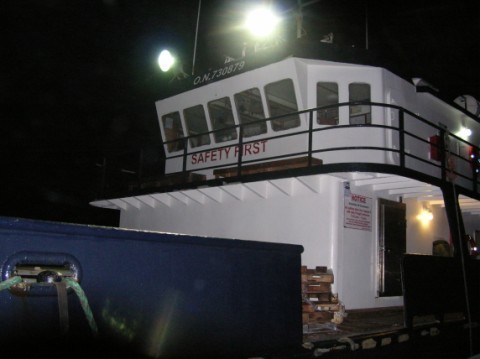 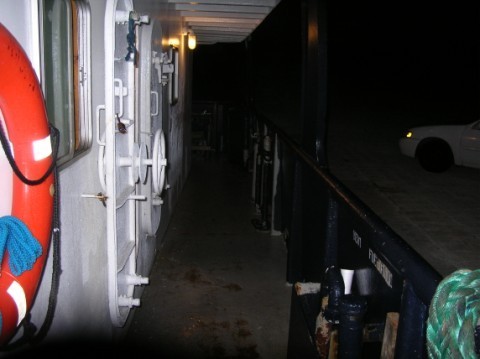 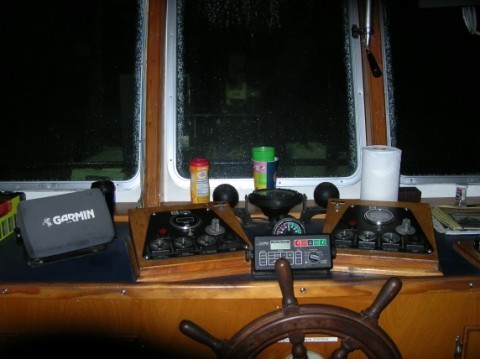 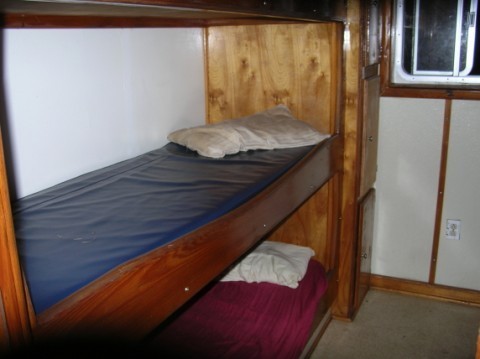 While on the Captain C, we watched Cephas load his truck aboard to take to Nassau to get the alternator fixed. Just imagine if this was how you had to take your car to the garage, especially the night of a big Super Bowl Party… 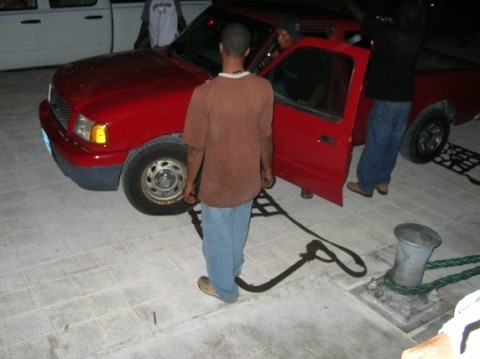 Though little in the way of her specifications appeared in usual sources, the following article provides the name of the Captain as well as the struggle that mailboat operators sometimes face in funding their tours to the remoter islands in the archipelago:
2005-07-27 09:16:00   Mail Boat Dilemma: The captain of the M/V Captain C stopped taking mail and freight to the Exuma cays and Ragged Island yesterday, leaving some users of the service incensed,

By Tosheena Robinson-Blair, The Bahama Journal, 27 July 2005.
A mail boat operator who claimed that he is “going under operating a service considered a lifeline to many in the Family Islands yesterday stopped taking freight to residents in the Exuma Cays and Ragged Island.
The captain of the M/V Captain C stopped taking mail and freight to the Exuma cays and Ragged Island yesterday, leaving some users of the service incensed. Etienne Maycock Sr. also claimed that the Ministry of Transport and Aviation had treated him unfairly and was not paying him the same amount that other mail boat operators to hardship areas were making. Officials were said to be investigating the matter.
As shipmates for other mail boats worked feverishly in the hot afternoon sun to load freight on to their vessels, the Captain C sat virtually empty with only a few cases of drinks onboard.

The mail boat’s Captain Etienne Maycock Sr., said he had discontinued the service because the two Family Islands are “hardship” areas and the government had refused to pay him in line with what other mail boat operators, who travel similar distances, are making.

“I am a young Bahamian trying my best to make it in the mail boat industry and I am having very serious, serious financial problems in dealing with the subsidy that is supposed to be rendered to me from the Ministry of Transport,” he said in an interview with The Bahama Journal Tuesday.

“Your revenue from freight is down to a minimum, but operating a boat from Nassau to Ragged Island is a heavy cost. That’s $4,800 you have to find every week.”
Archie Nairn, permanent secretary at the Ministry of Transport and Aviation, told The Bahama Journal that the government is looking into the situation.
This state of affairs had some Bahamians incensed who were attempting to send much needed supplies on the Captain C yesterday.

Captain Maycock claimed that other operators servicing Family Islands like Acklins and Crooked Island get $11,000 in subsidy from the government, while he gets half that figure.

He has serviced the Exuma, Ragged Island route for almost seven years, for which the ministry reportedly agreed to pay him $3000 for each trip.
However, the captain asserted that he has not been paid since he started.
Additionally, he claimed that he is forced to pay $50 from his own pocket to ensure that the mail is transported on land, from the dock to the government’s post office building. He said it is a fee for which he has not been reimbursed.
“I have used my last resources, emptied my reserves hoping that I could come to some kind of terms with the Ministry of Transport in order to get this matter resolved. For every time I have been turned down,” he said in exasperation.

Recently, officials from the Ministry of Transport and Aviation met with representatives of the Mail Boat Association. Operators want the government to review their contract. They say fuel, labour and insurance costs have escalated and they need more money.
Meantime, ministry officials are searching for a company to devise a plan on how subsidies should be calculated. The government wants to find out whether things are as bad as mail boat operators say.

The plan is for a consultant firm to examine motor vessels’ operating costs and income and the economic viability of each shipping route if the government was to withdraw its financial support.

According to Mr. Nairn, a number of companies have responded to the government’s advertisement placed in local newspapers.
He said the ministry is preparing to go before the government’s Tender Board, whose job it is to review all matters relevant to contractual agreements.
The Board will examine the cost submitted by each company, the organization’s competence in carrying out the proposed work and determine whether the government will receive value for money.
The mail boat consultancy job is expected to last six weeks.”