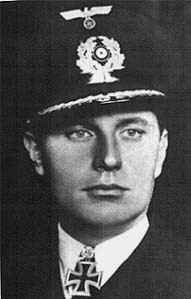 A day after Schacht and Bleichrodt came Klaus Scholtz in U-108 – he entered just east of Saint David’s Light (famous in the Peter Benchley book The Deep) on 27 April 1942, heading south-southwest as far as a point of Anegada, essentially skimming the eastern fringe of the are before turning north-northwest on the 30th and heading into the Turks & Caicos Passage. On the 29th he sank the US tanker Mobiloil halfway between Puerto Rico and Bermuda. He went on to patrol the area around Inagua and Caicos for over a week (4th to 13th May) during which he sank the Abgara, on 6th May.

Abgara was one of seven out of eight Latvian ships which chose to fight the war against the Soviet demand they surrender, and ended up sunk. Off the extreme northwest coast of Haiti – between Cape Mole and Inagua – he sank the Afoundria, chasing it towards the shore. Her survivors were landed in Haiti and taken to Guantanamo Bay Cuba. Photographs of them survive in the US National Archives in College Park Maryland.

It is fair to call his week of 4th to 13th May an “Inagua patrol” as Scholtz crisscrossed a box between Cape Mole, Matthew Town Inagua, Cape Maysi Cuba and the southern Turks & Caicos island looking for prey following his two successes in the area. Clearly he was hunting for traffic out of the Windward Passage, but perhaps he was a victim of his success. Usually there would be no shortage of ships forced to transit north from Aruba to Halifax or points north like New York from Panama, Trinidad etcetera, however it is possible that word of his activities spread through the Eastern Sea Frontier (ESF) which was monitoring and publicizing such activity through naval and merchant channels, scaring them into port until the threat passed.

On this patrol Scholtz would add the British ship Modesta and the Norwegian Norland from convoy ON 93 for a total tonnage sunk of 31,340 on one patrol in five ships. The patrol began on the 30th of March 1942 and ended also in Lorient on the 1st of June. Thirty four years of age at the time, Scholtz sailed in the Second Flotilla to and from Lorient France and was ranked Korvettenkapitän at the time (a promotion to Fregattenkapitän arriving in July 1944). During this patrol he was holder of the Knights Cross in recognition of his career total of 24 ships for 111,546 GRT plus an impressively large auxiliary warship – the Armed Merchant Cruiser Rajputana of 16,644 tons in the Straits of Denmark.

In September 1942, a few months after returning from his patrol to the Inagua area, he was granted the prestigious Knights Cross with Oak Leaves. A member of the crew of 1927, Scholtz began his career on torpedo boats an joined U-boats in April 1940. In October 1942 he moved ashore to command the Twelfth Flotilla in Bordeaux, where the Italian flotilla Betasom was based. When Bordeaux fell, Scholtz and 220 men tried to literally walk to Germany but were captured and held by Americans for one and a half years. He rejoined the first the Naval Armed Guard (Bundesgrenzschutz, or Federal Frontier Guard) and then in 1956 the German navy (Bundesmarine) between 1953 and 1966 when he retired as Kapitän Zur See. Klaus Scholtz lived until the age of 79, passing in 1987.