Schooner Yacht ALICADA, owned by Jack Farrington of Nassau in the 1920’s.Both photos courtesy of Nassau historian Ron Lightbourn, with thanks.

NOTE: Very little is known about this beautiful schooner. Almost certainly she was built for the fishing trade, despite the two large houses on deck. Can anyone share further information? We are not sure whether it ever became a mailboat, but almost certainly it had a different name before/after Mr. Farrington’s ownership. 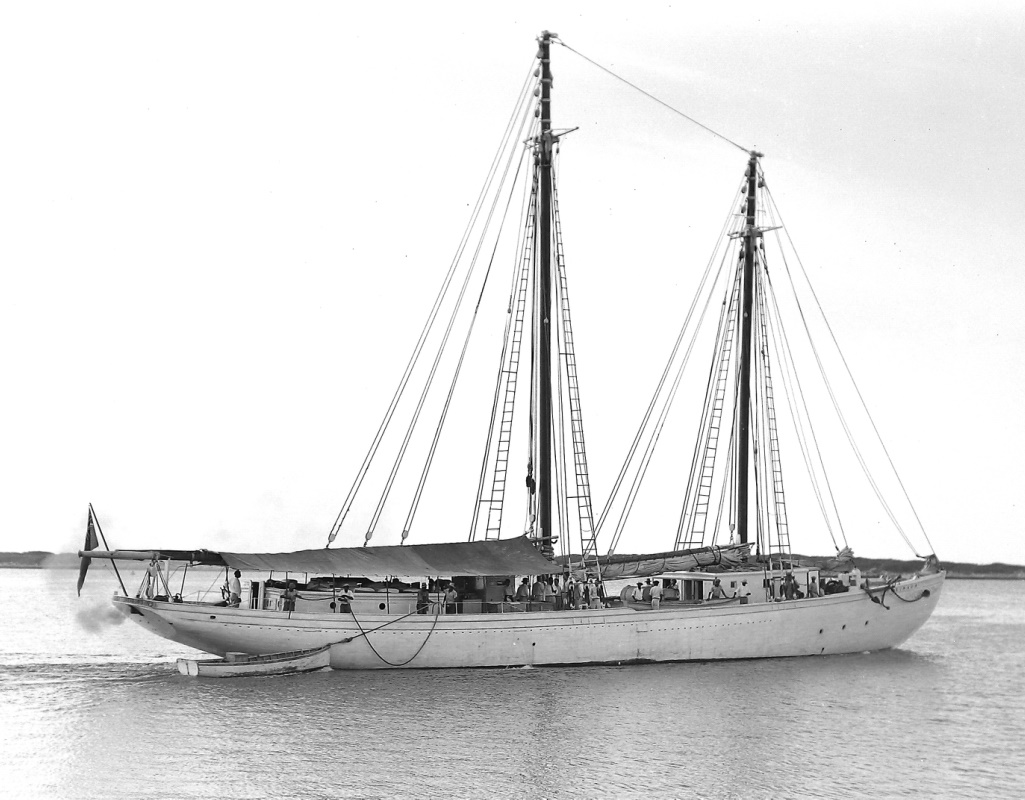 Apparently the ALCIDA had about a dozen crew. It appears the folks between the masts are guests. She has the distinctive bow of a Gloucester-type fishing schooner plus a stern which I believe is described as spoonbill. It is a beamy vessel with large accommodation houses both forward and aft, and at least three portholes forward, the British ensign common to the Bahamas at the time, a boat towing astern, diesel exhaust emanating from high on the transom, and what appears to be cooling water spouting from starboard amidships. The skipper steers with a tiller not a wheel, and the main boom is covered with an awning, suggesting they are not going to set sail immediately. From the line hanging off the starboard quarter it would appear they have recently left port.

The island in the background is probably Atoll Island and they are probably – just a guess – leaving the Royal Nassau Sailing Club. The pom-poms in the upper rigging are to prevent chafe. The forward sails appear ready to be set – the halyards are on them – and the anchor is in such a position as to be easily deployed. I would venture to guess that the photo is from another vessel and the ALCIDA was going out for a day-long picnic at anchor off Rose Island or similar. 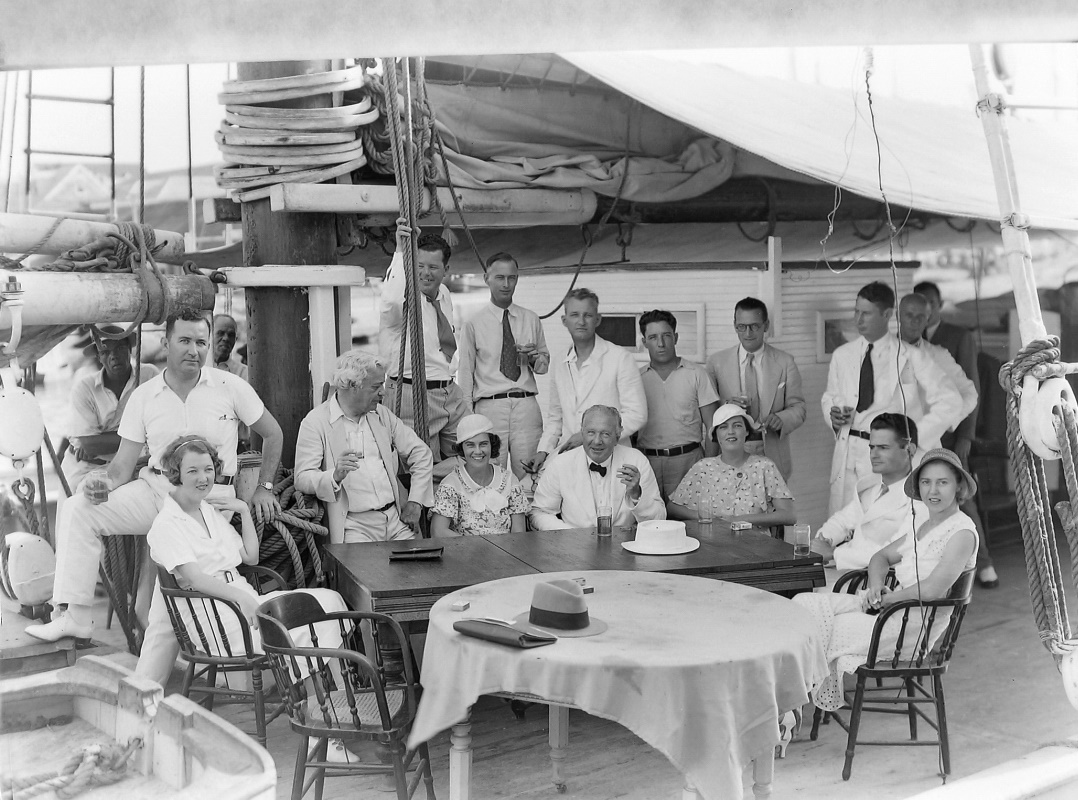 The caption which Ron Lightbourn kindly provided for this photo of the schooner ALICADA in 1938 is as follows: “Matie is the lady at table at left, and husband-to-be Henderson Butler is the shorter man standing. Matie gave Joan and me use of her beach-side cottage at Harbour Island as a wedding present.”

Apparently the ALICADA was built in the 1920’s probably of wood, and fitted with a diesel engine. Note the rigging to the right, the stern of the gig or small boat to the left, the large turnbuckle on the far left, the large hoops for holding the sail to the mast to the left of center, an the hat, probably belonging to the photographer, on the table at forefront. Also the fellow Bahamian crew looking on from below the end of the fore boom. This photo was taken from the port side waist looking aft and towards the starboard quarter.

My sincere thanks to Mr. Lightbourn for sharing these images and this intel. ETW