An American gentleman named John Herbert very kindly reached out to me this Fall to offer to share rare images of a mailboat I barely knew anything about – in fact I knew nothing about her, the MISS ANDROS. He has many images of her being built and launched in Andros. Here is a sampling. THANK YOU Mr. Herbert!


Wooden boat expert Mr. Kendal Butler provided this: “The “Miss Andros” was built to be powered by sail. It could not accommodate a motor. It was towed into the creek in Mastic Point where some of the ribs could still be see. It was the largest vessel built on Andros.”


Mr. Craig Symonette confirms that his father, the famous Sir Roland Symonette, first Premier of the colony in 1964, was on-site for the launch, hands in pockets, stocky, gray slacks and white oxford. He is clearly in the foreground in one of the photos. Even he could not save the vessel however. 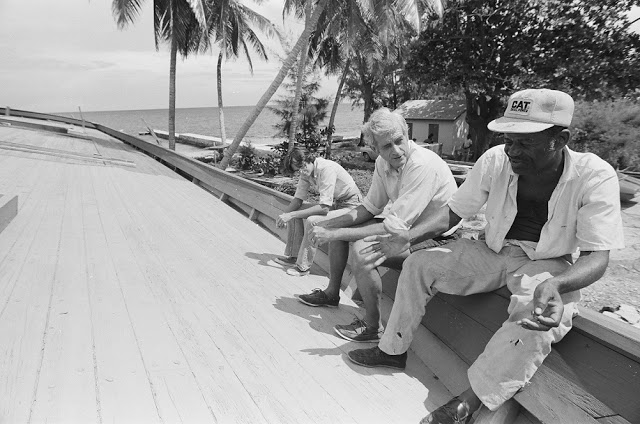 Also I have the following detailed account from Mr. Edward (Eddie) Spargur who places the launch around Nichols Town North Andros c. 1972. The reason we know so little about the vessel is, it appears, that it was never completed or put to use. He writes:

“North Andros, Nichols Town I think. This vessel was locally built and launched with great fanfare, as it was much larger than usual. She was 140’ long. I was there the day they tried to get her in the water, but it did not go well. She was just too big, and she was hard to get rolling. A bulldozer was employed to pull on a cable looped around her stem, but she resisted and the cable cut through the protective blocks and damaged the stem a little.

There was lots of digging and addition of logs under the keel. A live band played, lots of Becks and Guinness and Pauli Girl was consumed by the gathering crowd, but after a long hot afternoon my parents gave up and we drove a long bumpy ride home. It went in the next day, but never was completed from what I hear. The story I heard was that she was not stiff enough, the local building rules of thumb didn’t scale up well, and that she was not safe. The latter is word of mouth stuff, I would love to hear more about it. I have another pic somewhere with some of the superstructure added. I believe this was around 1972, but will have to check.” 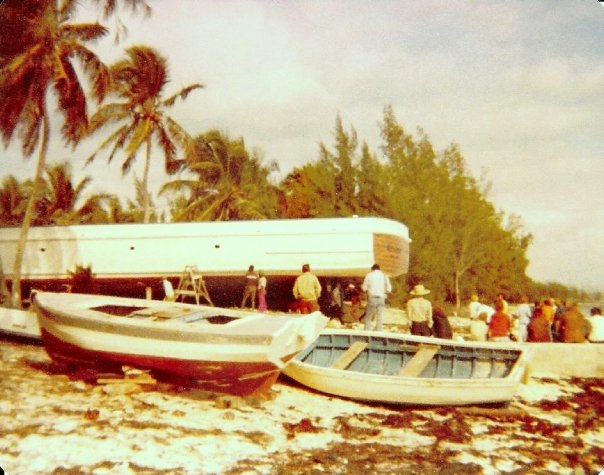 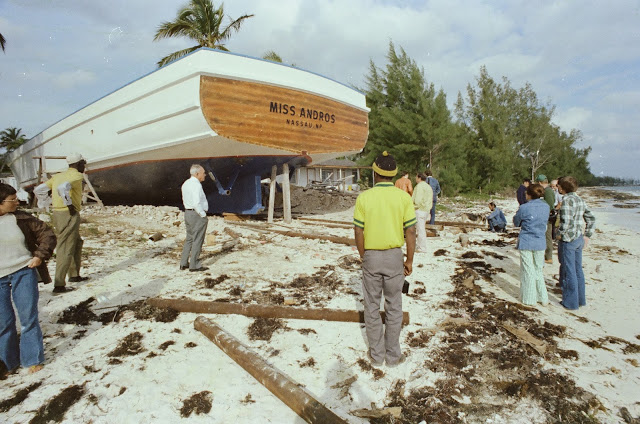 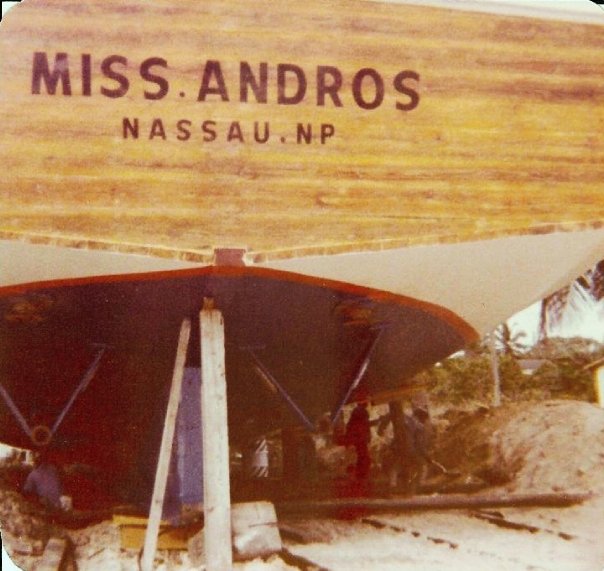 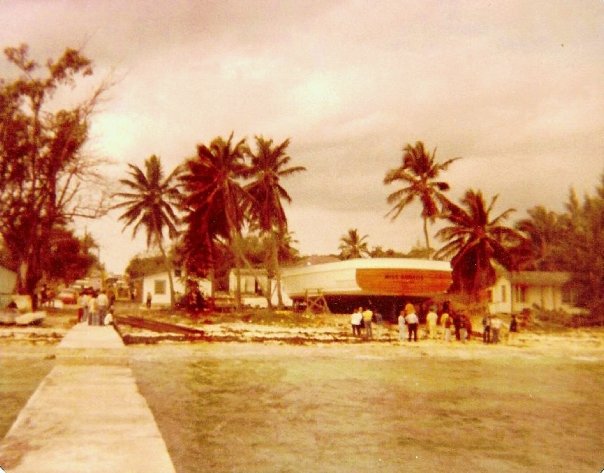 I will reach out to Mr. Herbert (jherbert@fleetcor.com) and his colleague Mr. Eddie Spargur who so generously have donated these images (eddiespargur@gmail.com) and try to learn more about dates and locations. I searched for the history of this fine vessel but don’t know further at this time.