This is a photo of a rare original watercolor painting of the mailboat LADY DUNDAS built and owned by Sir George William Kelly Roberts of Harbour Island. It was kindly shared by Mrs. Susan Roberts, widow of Noel Roberts and daughter in law of Sir George, in March 2016. 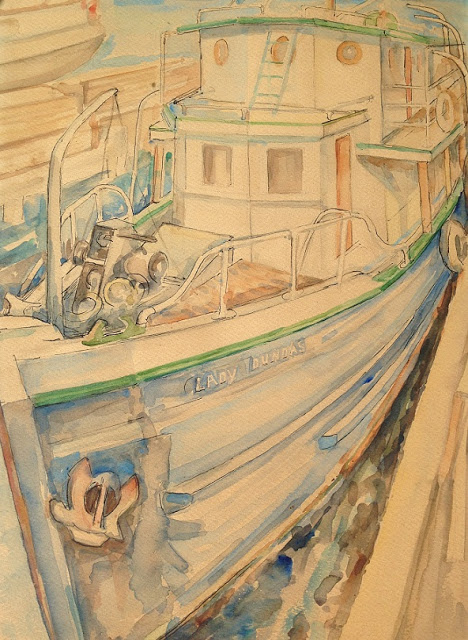