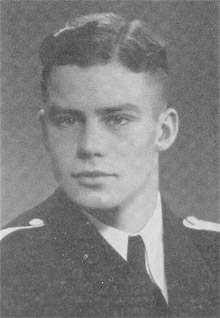 Irwin Manchen, who penetrated New England waters for a week in April 1945 and damaged a ship off Cape Cod’s Provincetown. Photo courtesy http://uboat.net/men/commanders/777.html
Kapitänleutnant Irwin
Manchen brought his command U-879 on a seven-day patrol into New England waters
between the 2nd and 8th of April 1945, en route to being
sunk off Hatteras on the 30th of the same month. During the passage
he and his men managed to damage the ship Atlantic States off Cape Cod on the
5th of April.
The Atlantic States was a
US-flagged steam turbine tanker of 8,537 tons which was en route from Boston to
Venezuela in ballast when it was caught by U-879 as it rounded Provincetown,
Massachusetts at the tip of Cape Cod. The ship, under Captain Edgar Leroy
Lindenmuth, was unescorted but armed.

The torpedo fired by Manchen
destroyed the rudder and propeller, and the ship began settling. Captain
Lindenmuth ordered most of the 57 men into the lifeboats, however the skipper,
sparks (the radio officer), 1st Mate and an armed guard office
remained aboard with a seaman. USS Guinevere (IX 67) picked up survivors and
took them to Boston. The destroyer escort USS Richard S. Bull stood by to ward
of further attack. Three tugs (ATR-14, ATR-89 from the navy and USS Wandank
ATO-26 managed to get the stricken vessel back into port. She was patched up
and put back in service (Uboat.net). U-879 escaped unscathed.

This patrol lasted from
departure from Kristiansand Norway on the 11th of February to when
the boat was sunk on 30 April. According to Wynn, Manchen transmitted weather
information between the 6th and 15th of March.

Wynn credits U-879/Manchen
with also sinking the Belgian Airman on the 14th of April, the
Swiftscout  on the 18th, and
the tanker Katy on the 23rd, all near the Cape Hatteras region.
However as Uboat.net points out, two submarines were lost off Hatteras at that
time – U-857 under Rudolf Premauer as well – so that any of the ships might
have been sunk by either commander. It remains one of history’s mysteries who
would be allocated which tonnage.

Irwin Manchen was born in
East Prussia in June 1918, and was a member of the Crew of 1918. Up to June
1943 he was a Group Officer at the Naval War College, then took up U-boat
training, in the 23rd and 24th Flotillas. From February
1944 to April he worked up U-879 and then took command. Aside from two short
positioning patrols his only patrol was to New England, Canada and Cape Hatteras
and lasted for 79 days until the boat was sunk.

The boat was destroyed by
ships of the Task Group 02.10 (Wynn), namely the patrol frigate USS Natchez and
the US Navy destroyer escorts USS Coffmann, USS Thomas, and USS Bostwick. All
52 men aboard were lost. Menchen’s only ship damaged was the Atlantic States
and he was decorated with the Iron Cross 2nd Class.