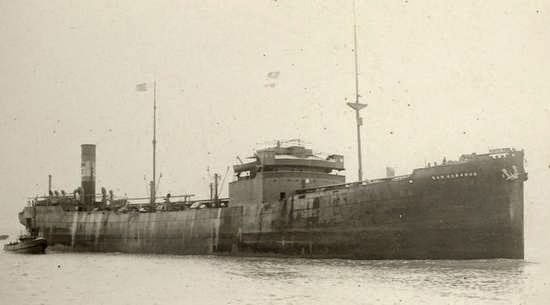 The British steam tanker San Gerardo sunk by U-71 north of Bermuda on 21 March 1942.

The British steam tanker San Gerardo was built in 1922 by Palmer’s Shipbuilding and Iron Company Limited in Newcastle-Upon-Tyne, England. She was yard number 870. The ship was part of a large fleet of tankers owned by the Eagle Oil and Shipping Company Limited of Finsbury Circus, London. In 1939 there were 30 tankers in the fleet, all with names beginning with the prefix “San”. The main route of these ships was the Gulf of Mexico to the UK.

San Gerardo was a large ship of 12,915 gross registered tons (GRT) and was capable of loading 19,245 tons of petroleum products or crude. She was 552.5 feet long, 68.6 feet wide and 32.4 feet deep. Triple steam Palmer’s-built turbine engines were geared to a single shaft and developed 913 net horsepower. This propelled the steel hull at ten knots. In April 1925 the arrival of so large a tanker in Port Arthur Texas made the news: “…the British tanker San Gerardo sailed early today for Tampico [Mexico], where a cargo of crude oil for delivery at ports in the United Kingdom will be lifted.”

The master of the San Gerardo on her final voyage in 1942 was Captain Stanley Foley, aged 44. The chief officers was Richard Embleton Kirkley, aged 38. There were a total of 57 persons on board, including a passenger. Most of them were British, and one, James Augustus Kavanagh, 23 and a third radio officer, was Canadian. There were a dozen teenagers among the men, the youngest of whom were Ordinary Seaman Francis Joseph Keating, 15, and 16-year-old Charles Thomas McCrohon, a cabin boy. Additionally there were 20 young men in their twenties.

At the end of March 1942 the San Gerardo found itself loading 17,000 tons of fuel oil in Curacao, Dutch West Indies. Leaving Curacao on Monday the 23rd of March she was bound for Halifax, where she would no doubt join a convoy for the UK with her precious cargo.

Unbeknownst to Captain Foley, U-71 underKapitänleutnant Walter Flachsenberg (soon to be promoted to Korvettenkapitän) was patrolling the east coast of the US from Hatteras to New York. U-71 sank the Ranja on 17 March followed by the Oakmar on the 20th. Dixie Arrow followed but the sub was chased off by the USS Tarbell, resulting in a depth charge attack. 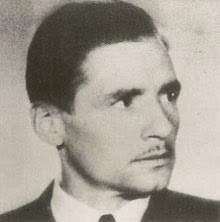 Kapitänleutnant Walter Flachsenberg of U-71 which sank the San Gerardo in March, 1942.
Photo source: http://www.uboat.net/men/commanders/293.html

At 3:22 pm local, or ship’s time U-71 fired two torpedoes at the San Gerardo. The ship sank quickly by the stern. Whether any of the lifeboats got away is not known, however the only survivors ever rescued were three seamen and three naval gunners who escaped on two separate rafts. The large wooden rafts were rigged to automatically deploy on a ship’s sinking. They would have required none of the effort and danger to launch that lifeboats posed.

The men were rescued on Thursday April 2nd after three days of exposure. Their position was 67.5 nautical miles southeast of where the mother ship had been sunk – further out in the vast North Atlantic and no nearer to land than when they had started. Such was their experience that they emphatically stated that no one else could have survived the San Gerardo shipwreck, sinking, and subsequent lifeboat voyage. The rescuing ship was another British tanker, the Regent Panther. 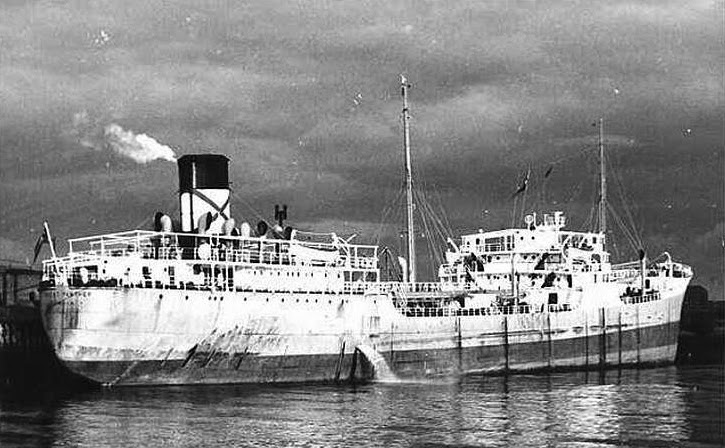 Photo source: http://www.tynebuiltships.co.uk/R-Ships/regentpanther1937.htmlcourtesy of Clive Ketley
The Regent Panther was a motor tanker owned by the Bowring Steamship Company Limited of of Leadenhall Street, London. Built in 1937 she was 9,556 GRT and could carry 14,540 deadweight tons of petroleum – not as much as the San Gerardo. Her dimensions were 510.2 feet long by 66.3 feet wide and 28.4 feet deep. Her speed was 12 knots. Her owners were employed in the general tramping of oil globally before the war.
The Captain of the Regent Panther took the six survivors to their original destination, Halifax, where they were no doubt looked after by the various seafarer’s missions there, and could also find passage back to the UK in many convoys which sailed from that port in wartime.
U-71 sailed with the 7th U-boat Flotilla from Saint Nazaire on the 23rd of February and returned to La Pallice France on the 20th of April 1942. Walter Flachsenberg was born in 1908 and a member of the Crew of 1929, making him 33 years of age at the time of the patrol.
Flachsenberg served with naval artillery from 1939 to 1940, when he joined the U-boat arm. After six patrols of 191 days in U-71, in late 1942 he moved to torpedo testing command until the surrender. Between March and April 1942 he sank five ships of 38,894 tons – all on this patrol, and he received no decorations. Flachsenberg lived until 1994 and age 86.
SOURCES:
Fold3.com – for the war diaries and deck logs and Eastern Sea Frontier and NOB Bermuda
Holm Lawson, Dame Sir, www.warsailors.com
Jordan, Roger, The World’s Merchants Fleets 1939, Naval Institute Press, Annapolis, MD, 1999
Mason, Jerry, www.uboatarchive.net
Mozolak, John, “New York Ships to Foreign Ports, 1939 – 1945,” http://janda.org/ships/
Newspaperarchive.com for the articles from the Associated Press
Port Arthur News, April 2, 1925, “Tankers Load Oil for Foreign: Five Ships Arrive, 8 Set Sail Foreign and Coastwise.”
Uboat.net for much of the information, including photos of U-boat Commander and its victim, http://www.uboat.net/men
Wrecksite.eu for specifications and history
Wynn, Kenneth, U-boat Operations of the Second World War, Volume 1 and Volume 2, 1997

One comment on “S/T San Gerardo sunk by U-71/Flachsenberg N of Bermuda, 6 survived on 2 rafts, 51 perished”