Skip to content
SS CITY OF BIRMINGHAM, Attack & Survivor’s Narrative
by Eric T. Wiberg, www.uboatsbermuda.com, March, 2014
The US-flagged passenger transport ship City of Birmingham was built by the Newport New Shipbuilding & Drydock Company of Virginia in 1923. Her owners were the Ocean Steamship Company, known as the Savannah Line of New York, and her final charterers were the Alcoa Steamship Company. The vessel was comparatively large at 5,861 gross registered tons, it was capable of carrying cargo as well as over 400 people, including over 100 crew. She was 382 feet long overall, 52.2 feet wide and 26.9 feet deep. A three-cycle triple-expansion steam engine developed 398 net horsepower and drove the ship at 13.5 knots. 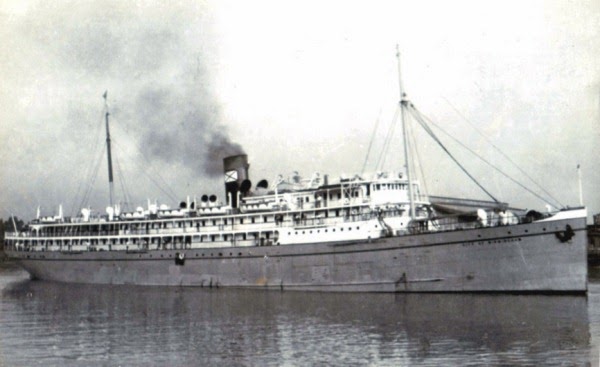