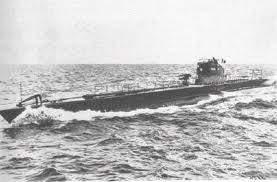 The next patrol began in Kiel Germany and was led by Heinz-Ehler Beucke, age 38 at the time, on the Type IXC boat U-173. Sailing on a 98-day patrol (its first of two), the boat left Lorient for the Second Flotilla and arrived south of Bermuda on the 13th of July 1942. From there it proceeded rapidly southwest for the Windward Passage, entering the Caicos Passage between Mayaguana and Providenciales on the 16th of July.

On the 17th U-173 rounded the northwest tip of Inagua and entered the Windward Passage on the 18th, exiting the region for the Caribbean Sea. The boat was to spend ten days in the region, and returned on the 3rd of August. From the Windward Passage it  transited the area from Cape Mole off Haiti east along the north coast of the Dominican Republic to Puerto Rico and then out of the region north of Anegada on the 6th of August. No tonnage was struck or sunk during this patrol.
On the 16th of August U-173 was sighted by an American Hudson aircraft under Pilot Officer Kennard, who dropped four depth charges. These damaged the boat, but it managed to escape.

Twelve days later, on the 28th, another Hudson under Sillcock dropped four more depth charges on her, which damaged the boat heavily. The same day a USAF B 18 attacked U-173, and she was ordered to return to base. Before she could do so a Hudson under Badger attacked her on the 29th. Having left Kiel on the 15th of June to reposition to Lorient following the patrol, the submarine was refueled by U-460 in the central North Atlantic in mid-July (Wynn, Vol. 1, p.131).

Over his career since joining the navy in the Crew of 1922 Kapitän zur See Heinz-Ehler Beucke was not able to achieve any ships sunk or damaged. He only ever went on this one patrol in command of a submarine. He received no decorations and lived until the age of 75 in 1979. Little more is known of him, for example whether he was stripped of his command immediately on return from an unsuccessful patrol or whether his assignment ashore was incremental.

In contrast, the skipper after Beucke, Oberleutnant zur See Hans-Adolf Schweichel managed to sink or damage four US destroyers of 29,274 tons (Joseph Hewes, Winooski, Hambleton and Electra) in the first sixteen days of its next patrol starting on the 1st of November, however the boat itself was sunk off Casablanca on the 16th of November 1942 by depth charges from the US destroyers Woolsey, Swanson, and Quick. All 57 on board were killed.